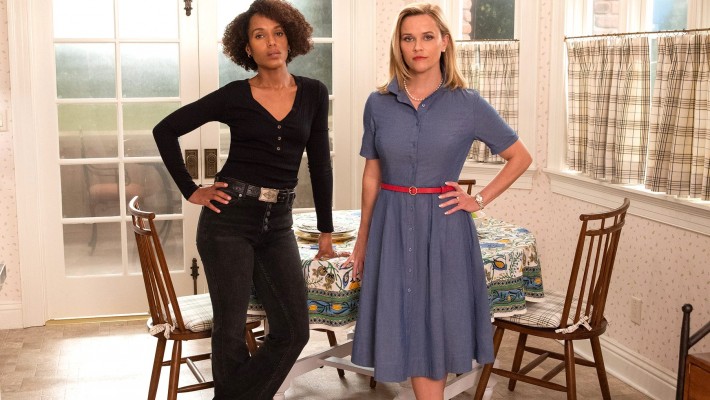 Hulu's Little Fires Everywhere has found its young Elena and Mia for its flashback episode.

AnnaSophia Robb as 'Young Elena,' a young mother with four children under four, Elena struggles to reassert control over her life after her youngest child is born.

Tiffany Boone as 'Young Mia,' after learning her scholarship is being revoked, Mia is willing to go to extreme lengths to stay in art school and pursue her dreams.

Alona Tal as "Young Linda,' Elena's best friend, Linda and her husband Mark long for a child of their own while enduring heartbreaking loss and the grief of infertility.

Matthew Barnes stars as 'Young Bill,' a Shaker Heights attorney who hails from modest means, Bill must choose between his dream job in the public defender's office and a more lucrative career in the private sector to support his growing family.

Andy Favreau as "Young Mark,' Linda's husband and a close friend of the Richardsons, Mark and his wife grapple with the heartache of infertility as they struggle to conceive a child of their own.

Luke Bracey as 'Jamie Caplan,' Elena's college boyfriend, Jamie reminds Elena of the future she could have had, had she not been so bent on rule following.

The 8-episode limited series will premiere on Hulu in 2020.

Based on Celeste Ng's 2017 bestseller, Little Fires Everywhere follows the intertwined fates of the picture-perfect Richardson family and an enigmatic mother and daughter who upend their lives. The story explores the weight of secrets, the nature of art and identity, the ferocious pull of motherhood - and the danger in believing that following the rules can avert disaster.