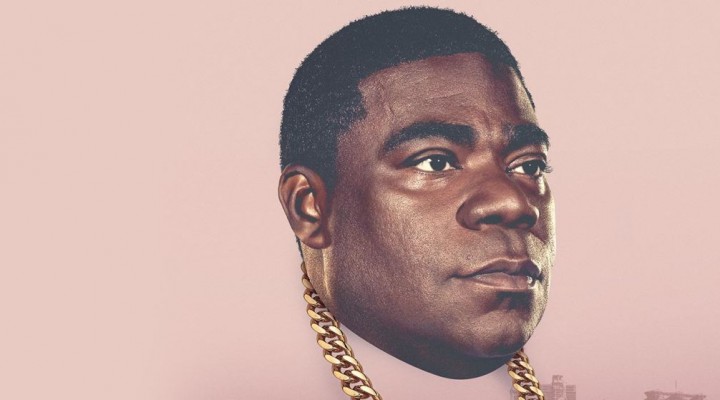 LOS ANGELES, JULY 24, 2019 - TBS has tapped writer, director and producer Keenen Ivory Wayans to serve as showrunner on season three of The Last O.G., starring Tracy Morgan and Tiffany Haddish. Co-created and executive-produced by Academy Award-winner Jordan Peele, The Last O.G. launched as cable's #1 comedy in 2018 and continues to be a ratings success with season two reaching a multiplatform audience of 32.5 million viewers thus far. Wayans, a New York native, will also direct four episodes in the newest season of the Brooklyn-centric comedy series.

"I'm thrilled and excited to be working with such a great cast, team of producers and reuniting with Tracy Morgan," said Wayans. "Together we're all going to take the show to the next level."

Wayans is best known for creating, executive producing and hosting the influential Emmy-winning sketch comedy series In Living Color. The groundbreaking variety show introduced audiences to a new type of comedy while smashing cultural barriers and launching the careers of Jamie Foxx and Jim Carrey, among others. Wayans additional credits include directing the highly successful feature films White Chicks, Scary Movie and Scary Movie 2, co-writing Hollywood Shuffle with actor/director Robert Townsend, and co-producing Don't Be a Menace to South Central While Drinking Your Juice in the Hood.

"We can't wait to see where Keenen takes this series next," said Brett Weitz , general manager of TBS, TNT and truTV. "It's honestly a dream scenario to work with one of the true trail-blazers of social humor; he's the perfect fit for The Last O.G."

The Last O.G. is executive-produced by Wayans and Tracy Morgan; Jordan Peele for Monkeypaw Productions; Eric Tannenbaum and Kim Tannenbaum for The Tannenbaum Company; and Joel Zadak of Artists First.

Tracy Morgan and Tiffany Haddish to Return to Cable’s #1 SitcomNEW YORK, MAY 15, 2019 – TBS has picked up its original series The Last O.G. starring Tracy Morgan and Tiffany Haddish for a third season. Co-created and executive-produced by Academy Award winner Jordan Peele, The Last O.G. launched as cable’s #1 new comedy in 2018 and the highest rated cable comedy debut since 2015. The show continues to be a ratings success in its second season, now ranking as cable’s #1 sitcom and reaching a multiplatform audience of 23 million viewers so far.“The Last OG is very meaningful to me and I am blessed to get to work with my family for another season,” said Morgan. “We are going to go to a whole other level this year. JUST WAIT.”Season two of The Last O.G. found the “perfect balance of hilarity” (Salon), with Morgan’s character Tray going all in on his dreams of becoming a chef, and Tray’s ex-girlfriend Shay (Haddish) collaborating with an unlikely business partner.Morgan and Haddish will return for the third season, as well as series regulars Ryan Gaul as Shay’s affable husband Josh; Allen Maldonado, who plays Tray’s goofy but well-intentioned cousin Bobby; and Taylor Mosby and Dante Hoagland, Tray and Shay’s teenage children, Shahzad and Amira.“We are so proud of The Last O.G.’s continued success,” said Brett Weitz, general manager of TBS and TNT. “This hilarious and heartfelt show has connected with fans and we couldn’t be more grateful for the big laughs that Tracy and the O.G. gang deliver each week.”Inspired by The Last O.G.’s theme of new beginnings, the network is committed to giving back to the Brooklyn community that is at the center of the show. Similar to their partnership with NYC Parks to refurbish the basketball courts in Marcy Playground, TBS recently partnered with GrowNYC to renovate the historic Hattie Carthan community garden in Bedford-Stuyvesant.Additionally, this season TBS collaborated with HMH Publishing to create THE LAST O.G. COOKBOOK: How to Get Mad Culinary Skills featuring recipes inspired by the series with elements woven throughout that immerse readers in the O.G. world. Brief sections of the book address pressing social issues including mass incarceration, food deserts, and re-entry challenges, with a focus on non-profit organizations committed to these topics and getting returning citizens back on their feet. A portion of the proceeds from the book go to Drive Change’s workforce development Fellowship that provides professional culinary training and social justice leadership development to returning citizens (ages 18-25 yrs) who are committed to tapping into their talent and building careers in the hospitality sector.The second season of The Last O.G. was executive-produced by Tracy Morgan and Jordan Peele for Monkeypaw Productions; Eric Tannenbaum and Kim Tannenbaum for The Tannenbaum Company; Saladin Patterson; and Joel Zadak of Artists First.