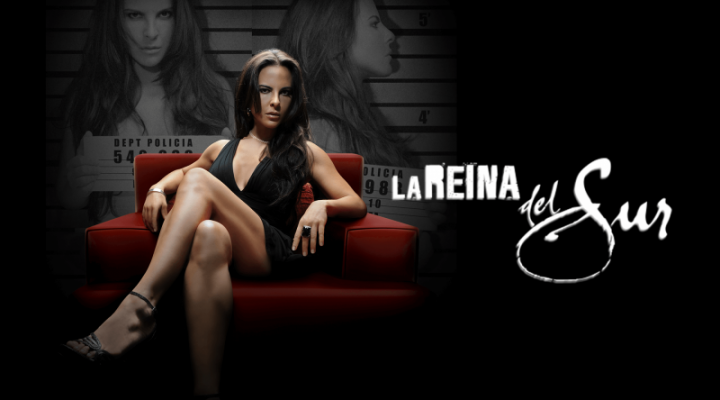 Telemundo today announced the cast of "The Queen of the South", within the framework of the much anticipated return of one of the most successful series of the chain, in this continuation of this unpublished drama, co-produced by Telemundo Global Studios and Netflix, international film and television actress Kate del Castillo will once again embody her iconic character as Teresa Mendoza, and alongside Castillo will star international stars such as renowned Italian actor Raoul Bova ("Under the Tuscan Sun", " All the Roads Lead to Rome "," Facing Windows "by Ferzan Ozpetek," Alien vs. Predator "), Humberto Zurita, Paola Núñez, Antonio Gil (" The Man Who Killed Don Quixote "," Risen "," The Merchant of Venice "," Chocolat")" Patricia Reyes Spíndola, Mark Tacher, Kika Edgar, Flavio Medina, Eduardo Santamarina and the Academy Award nominee, Eric Roberts ("The Dark Knight", "Inherent Vice"), as well as some cast members original.

"The return of Kate del Castillo and 'La Reina del Sur' to Telemundo is quite an event," said Marcos Santana, president of Telemundo Global Studios. "In the nine years since its premiere, the impact of this overwhelming drama is still felt today, Kate has risen even more like a star since the premiere of the series and to have her back in her most emblematic role is just the beginning This collaboration with Netflix offers the series an opportunity to reach an even broader audience than before, and we trust that this combination of international talent, a story full of action and emotions, and the high level of quality of this international production. It will be an entertaining experience for all audiences. "
Filmed in seven countries, "The Queen of the South" resumes the story eight years after the powerful drug trafficker Teresa Mendoza disappears into the hands of the United States Witness Protection Program after overthrowing Mexican presidential candidate Epifanio Vargas. like Maria Dantes and lives in complete anonymity in Italy, where she is quietly raising her daughter Sofia in the Tuscan villa Massa Marittima, but her life will take an unexpected turn and she will do everything possible to regain her throne as the Queen of the South .
"The success of 'La Reina del Sur' is due to the plot," says Del Castillo. "A beautiful story about an anti-heroine who fights for her life, this is a new Teresa, her story is based on love for her daughter, now she has to face everyone to rescue her, I am fascinated with the new It will shake the fans from all over the world, this is 'The Queen of the South' at the nth power
Based on the bestseller of the writer and journalist Arturo Pérez Reverte, "La Reina del Sur" was released in 2011 and achieved instant success beyond the Spanish-speaking market. The end of the first season had the highest audience rate in prime time at 10pm, surpassing even the English-speaking American networks. The success of "La Reina del Sur", which continues to be the most tuned series in Telemundo's history, made it possible to launch the chain's Super Series ™ franchise. Also, this series, one of the most influential of its kind on television, was the inspiration for the success in English "Queen of the South", whose fourth season will debut in 2019 on the USA Network.

Created by Arturo Pérez-Reverte, "La Reina del Sur" is written by Roberto Stopello, Juan Marcos Blanco, Miguel Ferrari and José Miguel Núñez. Marcos Santana is the showrunner of the series together with Martha Godoy, executive producer of Telemundo ("La Reina del Sur" 1, "El Señor de los Cielos" 1 and 2) and Rodrigo Guerrero, executive producer for AG Studios. Telemundo has exclusive rights in the United States and Puerto Rico, and Netflix has exclusive rights to subscripci or n of video on demand in the rest of the world.