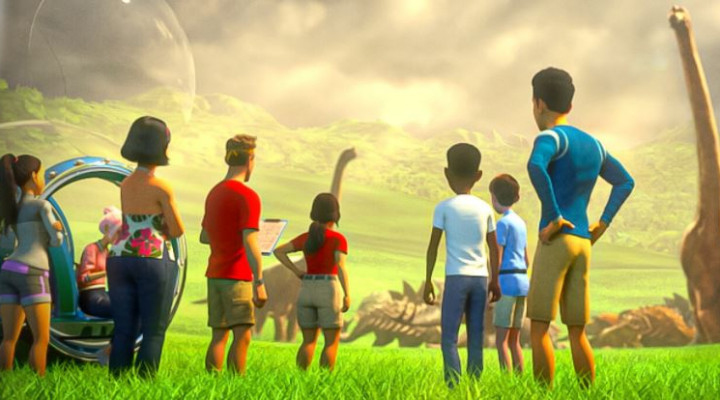 In season 2, with no hope of rescue, the arrival of a small group of eco-tourists could spell salvation for the stranded campers - but things aren't what they seem.

Six teens invited to attend a state-of-the-art adventure camp on Isla Nublar must band together to survive when the dinosaurs break out of captivity.