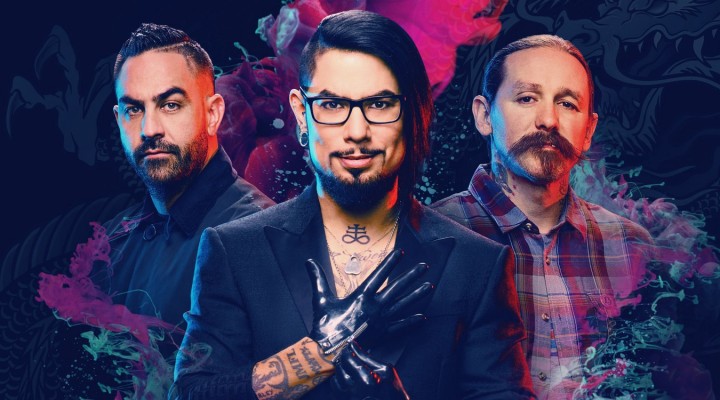 We've seen the nation's best tattooers compete for the title of Ink Master, but do they have what it takes to defend their home turf?

Paramount Network's hit tattoo competition reality series Ink Master returns for a 13th Season on Tuesday, January 7 at 10pm ET/PT. This season, titled Ink Master: Turf War, contestants from four different regions of the country - East, West, South and Midwest will represent their "turf" in the competition to be the next Ink Master. Host Dave Navarro and world renowned tattoo artists Chris Núñez and Oliver Peck return to the judges table for what is sure to be an electrifying season. The series is produced by Truly Original with Glenda Hersh, Steven Weinstock and Andrea Richter serving as executive producers.

Over 16 one-hour episodes, these artists will fight to defend their home turf and win the title of Ink Master.