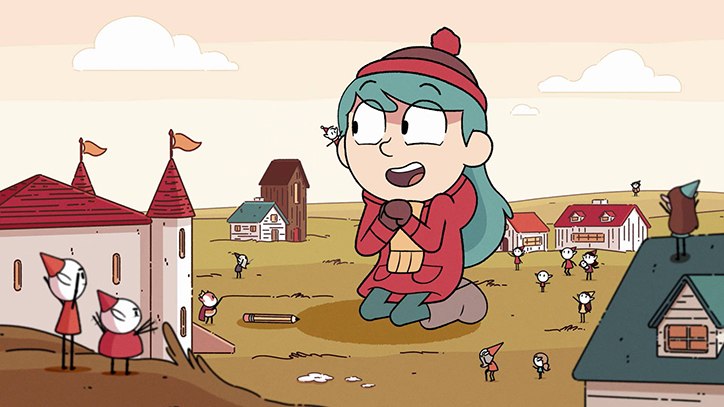 Hilda follows the adventures of a fearless blue-haired girl as she travels from her home in a vast magical wilderness full of elves and giants, to the bustling city of Trolberg, where she meets new friends and mysterious creatures who are stranger - and more dangerous - than she ever expected. Based on the Eisner-Award nominated graphic novels by Luke Pearson, Hilda has delighted readers with her bold, adventurous spirit and vividly imagined world. Fans of the comics and new viewers alike will see Hilda brought to life in stunning animation from Mercury Filmworks.