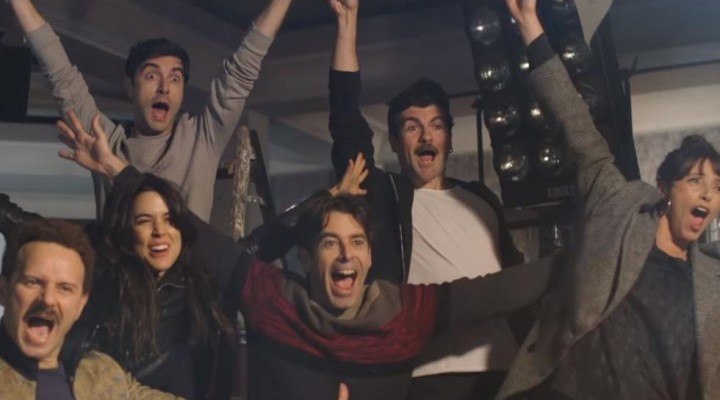 Created by Verónica Fernández and directed by Jorge Torregrossa (La vida inesperada, Cocaine Coast, Velvet Collection), Hache is inspired by true events. It tells the story of Helena (Adriana Ugarte), a prostitute who starts as a simple pawn in the hands of Malpica (Javier Rey), the head of a gangster band that operates in Barcelona in the 1960s. But a steep and hazardous learning curve takes Helena from the lowest rung of the organization to the top, seizing control of the heroin operation.

Among the group of men led by Malpica, two stand out: the unstoppable Arístides and lawyer Julio Senovilla, played by Marc Martínez (To Die (Or Not), El Mundo de Chema) and Pep Ambros (The Olive Tree, Félix, Matadero) respectively. On the right side of the law is the newly established Narcotics Brigade, led by inspector Alejandro Vinuesa (Eduardo Noriega), his partner Eladio Pérez (Josep Julien, A tortas con la vida), and the Commissioner Clemente Larrubia, (álex Casanovas, Manila). Marina Salas (Three Steps Above Heaven, The Boat, I Want You) features in the role of Silvia Velasco, the Commissioner's secretary.

At the heart of the Hache story is The Albatross Club, a venue with a soul of its own, a night club where foreign visitors, young gentlemen from the city, disheveled girls, and vain denizens lose themselves in the music of the time. This club is the operations center for Malpica's gang. Celeste, played by Ingrid Rubio, (o Hell with the Ugly, Bajo sospecha, Velvet) who's in charge of the club. The club's main musical attraction is Julia Bloomsbury, played by the British actress Tonia Richardson, a singer who is always accompanied by the piano of Ramiro Larrocha (Toni Zenet).