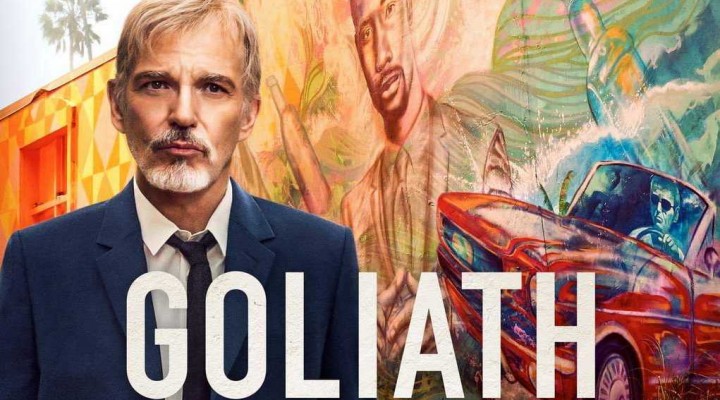 Goliath is the ultimate David vs. Goliath battle fought in the 21st century American legal system. The series follows a down-and-out lawyer as he seeks redemption. His one chance depends on getting justice in a legal system where truth has become a commodity, and the scales of justice have never been more heavily weighed toward the rich and powerful.