Home | Shows | How To Get Away With Murder 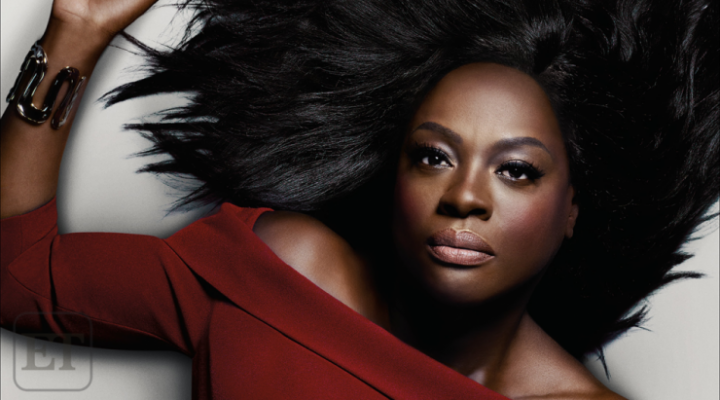 Original Run: September 25, 2014 –
Current Seasons: 6
Network(s): ABC
Genre: Legal, Mystery, Serialized
Additional Notes: In July 2019, ABC confirmed that How To Get Away With Murder will end with its upcoming sixth season, which premiered September 26, 2019

How To Get Away With Murder Series Information:

ABC has renewed record-breaking series "Grey's Anatomy" for two additional seasons (Seasons 16 and 17). In addition, ABC has renewed "Station 19" for a third season and "How to Get Away with Murder" for a sixth season. Executive producer and showrunner Krista Vernoff will helm both "Grey's Anatomy" and "Station 19," giving fans two hours of feels on Thursdays and providing a seamless crossover narrative on both series.

"I'm thrilled to continue at the helm of 'Grey's Anatomy,' and I'm honored and energized by the opportunity to run 'Station 19,' as well. To expand upon the world Stacy McKee created, and further merge it with the world of 'Grey's,' is an exciting challenge," said Krista Vernoff, executive producer and showrunner for "Grey's Anatomy" and "Station 19."

"Everyone at Shondaland is thrilled that our fans' commitment to TGIT continues," said Shonda Rhimes and producing partner Betsy Beers in a joint statement. "We are so proud of Krista and Pete and the work they do. Making the choice to have Krista oversee 'Station 19' was easy - the creativity she brings to the 'Grey's Anatomy' universe continues a tradition of storytelling we hold dear."

Powered by strong delayed-viewing gains, TGIT's most recent crossover event (on 5/2/19) drove ABC to win the Thursday 8:00-10:00 p.m. time slot among Adults 18-49 after three days of TV playback, with "Grey's Anatomy" matching a 5-week high and "Station 19" soaring to its 2nd highest-rated telecast ever.

In the 2018-2019 season, "Grey's Anatomy" became the longest-running prime-time medical drama ever. The show continues to perform as Thursday's No. 1 series this season among key Women and ranking as the No. 1 program in Thursday's 8 p.m. hour with Adults 18-49.

"Station 19" follows a group of heroic Seattle firefighters as they put their lives and hearts on the line. The latest series from the executive producers of "Grey's Anatomy," "Scandal" and "How to Get Away with Murder" takes us inside the tough, tight-knit and sometimes heartbreaking world of the city's bravest first responders.

Vernoff is an Emmy(R)-nominated, Golden Globe(R)- and WGA Award-winning writer. Having worked in television for two decades, her credits include "Shameless," "Law & Order" and "Wonderfalls."

"How to Get Away with Murder" has been a constant in ABC's TGIT programming block since its premiere in 2014. In this Philadelphia-based drama, murder, deception, fear and guilt are the ties that bind Professor Annalise Keating (Viola Davis) to her associates and students. Over the last five seasons, "How to Get Away with Murder" has used thought-provoking storytelling to bring societal issues to light, such as the right to a fair trial, racial inequalities in the justice system and mental illness. The Season 5 finale of the hit series left viewers searching for answers about the fate of fan-favorite characters, and Season 6 returns this fall with explanations for those Season 5 cliffhangers.

With a diverse cast featuring characters of different races, backgrounds and sexual orientation, "How to Get Away with Murder" has been praised for its on-screen inclusivity. Over the course of the last five seasons, the series has been awarded numerous accolades including an American Film Institute Award for Television Program of the Year, a GLAAD Media Award for Outstanding Drama Series and a NAACP Image Award for Outstanding Drama Series. Viola Davis has been honored with an Emmy Award, two SAG Awards, a People's Choice Award and a NAACP Image Award for her portrayal of Annalise Keating. Viola Davis' 2015 Primetime Emmy win for Outstanding Lead Actress in a Drama Series cemented her name in history as the first woman of color to win an Emmy Award in the category.

Annalise Keating (Academy-Award Nominee Viola Davis) is everything you hope your Criminal Law professor will be - brilliant, passionate, creative and charismatic. She's also everything you don't expect - sexy, glamorous, unpredictable and dangerous. As fearless in the courtroom as she is in the classroom, Annalise is a defense attorney who represents the most hardened, violent criminals - people who've committed everything from fraud to arson to murder - and she'll do almost anything to win their freedom. On the surface, Annalise seems like she has it all - a successful career and loving husband, Sam (Tom Verica) - but her relationship with a local Philadelphia detective, Nate (Billy Brown), will force her to confront secrets about her life she never saw coming.

How To Get Away With Murder release dates 2020.