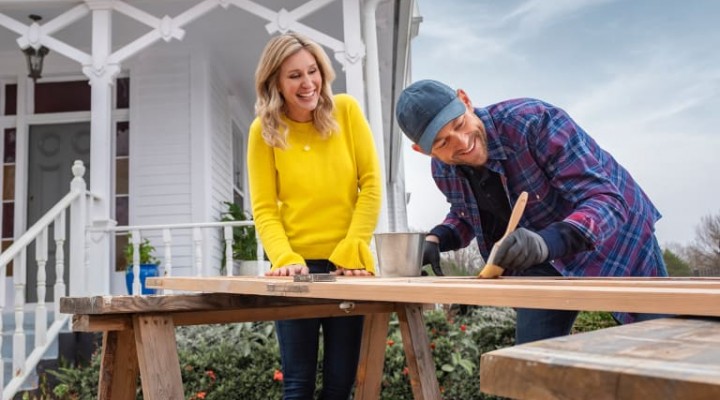 Status for Fixer to Fabulous season 3

Fixer to Fabulous is NOT cancelled. However, it has not yet been renewed or cancelled for season 3

Fixer to Fabulous is very likely to be renewed for season 3.

Dave and Jenny Marrs bring more worn-out houses back to life when season 2 of Fixer to Fabulous premiered on HGTV on Tuesday, October 27 2020.

In each episode, the husband-wife duo overhaul some of Northwest Arkansas’ oldest homes, from rickety Victorian estates to crumbling Colonials, all while raising four young children and managing their family farm. Jenny is the creative influence behind their personalized renovations, specializing in designing spaces that are warm, welcoming and a reflection of the family that lives there, while Dave spearheads the construction with his unrivaled knowledge and passion for reviving old homes.

“Our town is full of old houses that need someone to fix them up and make them a home again,” said Jenny.

“There is literally not a better feeling than finishing a house for someone that you know is going to live there for a long, long time,” added Dave.

In the premiere episode, Dave and Jenny fix up a dilapidated Craftsman-style home into a vibrant creole cottage for clients craving a little piece of “The Big Easy” in downtown Bentonville. In true New Orleans-fashion, the character-filled renovation calls for custom architectural details such as grand archways, antique doors, homemade gas lanterns and a stately front porch. As the season continues, Dave and Jenny’s breathtaking renovations include a surprise overhaul for a first-time homeowner, a modern makeover for a growing family’s dated 1970s home, and a stunning remodel on a centuries-old farmhouse.