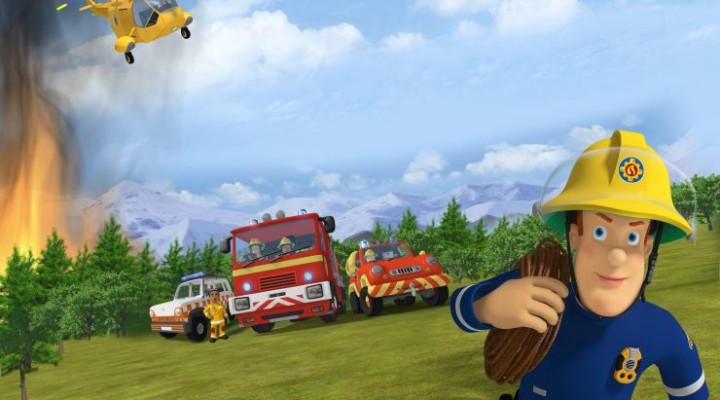 Raft of international sales secured across seasons 10, 11 and 12

WildBrain (or the “Company”) (TSX: DHX; NASDAQ: DHXM), a global kids and family content and brands company, and Mattel TV are bringing brand new Fireman Sam episodes to global audiences with a greenlight for season 12 of the hit preschool series. Set to be delivered from summer 2020, the new season features 13 x 11’ episodes and a 60’ special titled The Rise of Norman-Man, all of which will see Fireman Sam return for more heroic animated adventures in the accident-prone Welsh town of Pontypandy.

In addition, WildBrain has secured a raft of new linear broadcast and streaming platform deals across seasons 10, 11 and 12 of Fireman Sam. Netflix has picked up seasons 10 and 11 for CEE, the UK and Ireland, Benelux, Italy and France. Season 11 has also been picked up by Turner (MENA), Amazon Prime Video (Germany & the U.K.), Disney Channel (India), Showmax (Africa), NRK (Norway), RTS (Switzerland) and Roku (U.S.). Season 12 has been acquired by ABC (Australia), Hop! (Israel) and RTL (Netherlands).

Frederic Soulie, Senior Vice President, Content Distribution, at Mattel, Inc. said: “Fireman Sam is a wholesome and entertaining I.P that resonates incredibly well with audiences around the world, particularly in Europe where it remains a perennial favorite TV show with high brand awareness. We are delighted to be announcing this new season and special that demonstrates both Mattel’s and WildBrain’s commitment to the longevity of the show and continuous expansion of the brand.”

Set in the fictional village Pontypandy, Fireman Sam is a much-loved pre-school children’s entertainment property. For over 30 years Fireman Sam and the team have been teaching children valuable safety education through rescue, action, bravery and teamwork.

Season 12 retains the same excitement, adventure and comedy that audiences love with lots of brand-new escapades and rescues for the team. We will see the introduction of a reoccurring police officer characters, Malcolm Williams, who is Nurse Flood’s brother. The love of his job and helping keep Pontypandy safe make him an exciting new addition to the show being involved in key storylines. The 60-minute special will expand the police storyline as we see the addition of another police character and a brand-new police station. Sergeant Taylor is PC William’s boss and she will be pivotal in the special storyline to help catch a narcissistic Professor and tech whizz who cause havoc in Pontypandy.

With a key safety message in every episode, preschool children will be sure to learn something new each time. Through action, rescue, bravery and some classic Fireman Sam humour, the show is a hit with both parents and children!