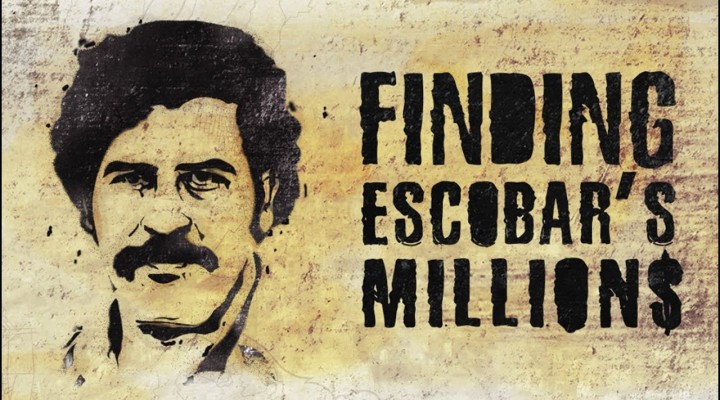 At one time the most wanted man on the planet, Pablo Escobar, buried masses of his estimated $50 billion fortune all over Colombia - the vast majority of which has never been recovered. Now, two former CIA case officers - armed with the skills and training that stem from 10 years of work overseas - are partnering together with the original DEA agents made famous in Narcos to hunt for the cash. Once located, this elite team will return the money to the Colombia people and government, finally closing the book on Pablo Escobar’s reign.

(Los Angeles) - Most people know that notorious crime lord Pablo Escobar brought in outrageous amounts of money during his reign. At the height of his power, Escobar raked in billions of dollars a year, making him one of the richest men in the world. Escobar strategically buried stashes of cash all over Colombia, yet much of it hasn't been found. With unprecedented access and permission from the Colombian government, two former DEA agents, Chris Feistl and Jerry Salameh, who spent their careers hunting down Colombian narcos, are now returning to Colombia in search of Pablo Escobar's buried treasure. The brand-new season of FINDING ESCOBAR'S MILLIONS premieres Tuesday, October 1st at 10 PM ET/PT on Discovery Channel.

Throughout their tours with the DEA, Chris Feistl and Jerry Salameh were instrumental in taking down the Cali Cartel - notorious narco-traffickers who seized the cocaine business after Escobar's death. Now, they're returning to Colombia with the ultimate goal of finding Escobar's hidden fortune and returning it to the people of Colombia, many of whom suffered through his reign of terror. But, it's a race against time for Chris and Jerry who know present-day cartels and other treasure hunters are also after Escobar's millions.

Tapping into their deep network of active sources and informants, Chris and Jerry will stop at nothing to locate the buried fortune first, searching clandestine airstrips, cocaine labs and remote cartel-owned farms in hostile areas. The former DEA agents will work with Guillermo Pena, a former law enforcement officer and military veteran and Ramon Iriarte, a native Colombian investigative reporter to navigate the local Colombian community, many of them still loyal to Pablo Escobar's legacy. Chris and Jerry will also be equipped with innovative surveying and imaging technology that allows them to see beneath the ground and pinpoint the best spots to dig. Throughout the season, they will scour Colombia for clues Escobar left behind and use every resource they have in the search for Escobar's buried millions.