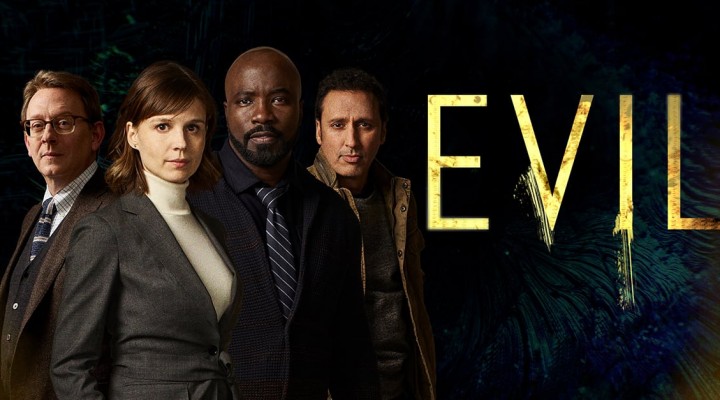 EVIL (Thursday, 10:00-11:00 PM): EVIL is a psychological mystery that examines the origins of evil along the dividing line between science and religion. The series focuses on a skeptical female psychologist who joins a priest-in-training and a carpenter as they investigate the Church’s backlog of unexplained mysteries, including supposed miracles, demonic possessions and hauntings. Their job is to assess if there is a logical explanation or if something truly supernatural is at work. Michelle King, Robert King and Liz Glotzer are executive producers for CBS Television Studios. Robert King directed the pilot.EVIL stars Katja Herbers as Kristen Bouchard, Mike Colter as David Acosta, Aasif Mandvi as Ben Shroff, Michael Emerson as Leland Townsend, Brooklyn Shuck as Lynn Bouchard, Skylar Gray as Lila Bouchard, Maddy Crocco as Lexis Bouchard and Dalya Knapp as Laura Bouchard.