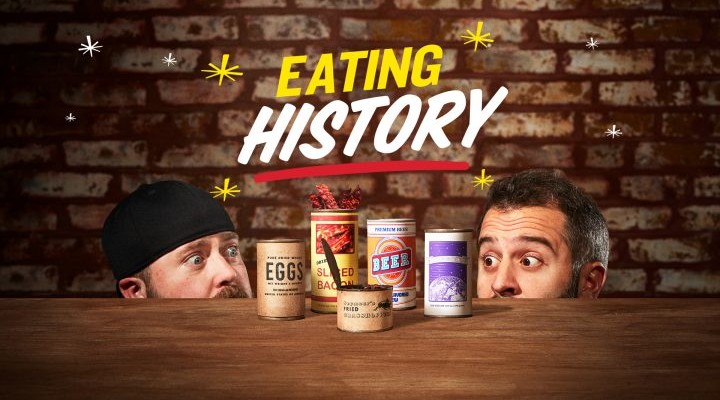 Is Eating History renewed or cancelled for season 2

Eating History is NOT cancelled, but there is no official status yet on season 2

HISTORY's new unscripted series "Eating History" follows vintage food expert Old Smokey and collector Josh Macuga, two friends, on a quest to uncover, unbox and eat the oldest, most nostalgic, and shocking foods to have survived history. They take viewers back in time to find foods believed to have been lost to the past, and with every bite they discover which eats have conquered time, revealing forgotten eras and the stories they hold as they explore history through old food. The twelve-episode, half-hour series premieres Wednesday, March 11 at 10PM ET/PT on HISTORY with two back-to-back episodes. As long as people have been eating, they've been preserving food by salting, smoking, jarring, fermenting and canning, but every food has an expiration... or does it? What most people don't know, and a growing group of vintage food explorers have now discovered, is there are many foods from our past that still exist sealed in their original packaging, waiting to finally be opened. It's buried in bunkers, rotting in root cellars, forgotten in fridges, or collecting on shelves. Potentially dangerous to eat, it's being rediscovered, shared and traded amongst passionate collectors to see if it really has survived the test of time.