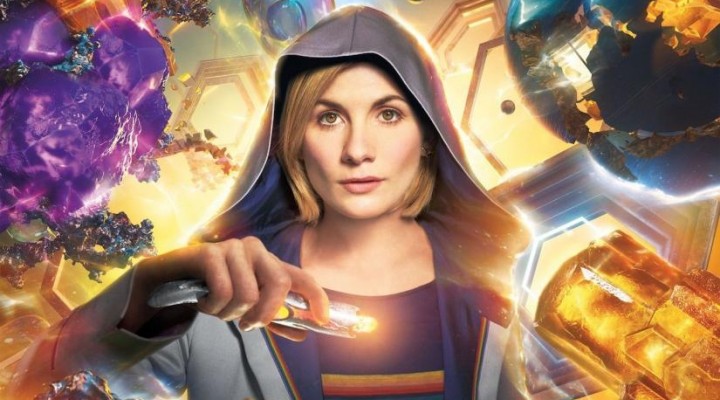 The series is NOT cancelled. However, it has not yet been renewed or cancelled for season 14

Doctor Who Season 13 will premiere on January 1st, 2021, with an action-packed episode called "Revolution of the Daleks," on BBC AMERICA on New Year's Day.

With the Thirteenth Doctor, played by Jodie Whittaker, and her friends well on their way to landing back on our screens, the next series is set to welcome an exciting host of new directors and both new and returning writers.

Three new writers have jumped on board the TARDIS for series 12: Nina Metivier, Maxine Alderton and Charlene James.

In addition, three writers return from series 11: Vinay Patel (Demons Of The Punjab), Ed Hime (It Takes You Away), and Pete McTighe (Kerblam!)

Chris Chibnall, Showrunner, says: "We’re thrilled that Doctor Who continues to attract some of the most the most exciting and dynamic talent working in television. Along with our returning faces, we’re excited to welcome new members to the Doctor Who family. The Doctor Who team is crammed with British television’s brightest writers and directors: We’ve adored working with them, and can’t wait to show you the explosive stuff they’ve created!”

Jodie Whittaker returns as the Thirteenth Doctor on Jan. 1, 2020 when Doctor Who makes an explosive return to screens for another action-packed series of thrilling adventures. Mandip Gill, Bradley Walsh and Tosin Cole will all be reprising their roles alongside an exciting host of soon to be announced guest artists.