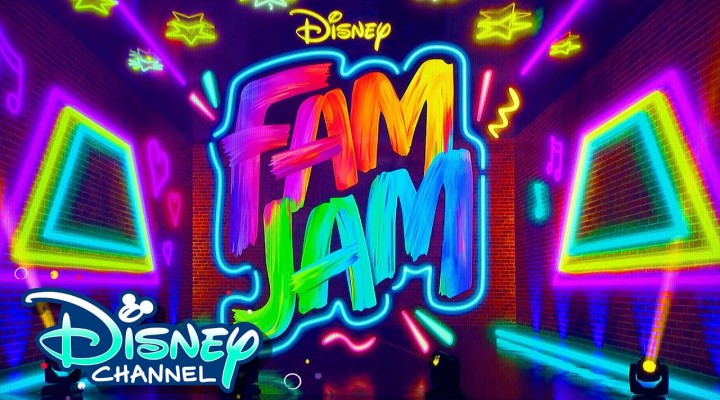 Disney Channel's first family dance competition series, "Disney Fam Jam," will premiere on SUNDAY, FEB. 23 (8:25 p.m. EST/PST), on Disney Channel and DisneyNOW. "Disney Fam Jam," is inspired by choreographer Phil Wright's "The Parent Jam(TM)" dance classes, which are streamed online and have become a viral sensation. Ariel Martin and Trevor Tordjman, stars of the upcoming Disney Channel Original Movie "ZOMBIES 2," will co-host the half-hour Multicam series. Each episode of the competition series will feature two families with kids hitting the floor to see which will be crowned "Disney Fam Jam" champions. At the end of each episode, the studio audience will vote for their favorite dance family, resulting in the winners taking home a $10,000 prize along with a "Disney Fam Jam" trophy. Wright will take the audience behind the scenes as he gets to know each family and how dance plays a part in their lives. The families will learn choreography from Wright and master their special moves during the rehearsal of their big stage performance. Martin and Tordjman will join Wright on the electrifying "Disney Fam Jam" stage, where the families come together to compete in front of the studio audience.