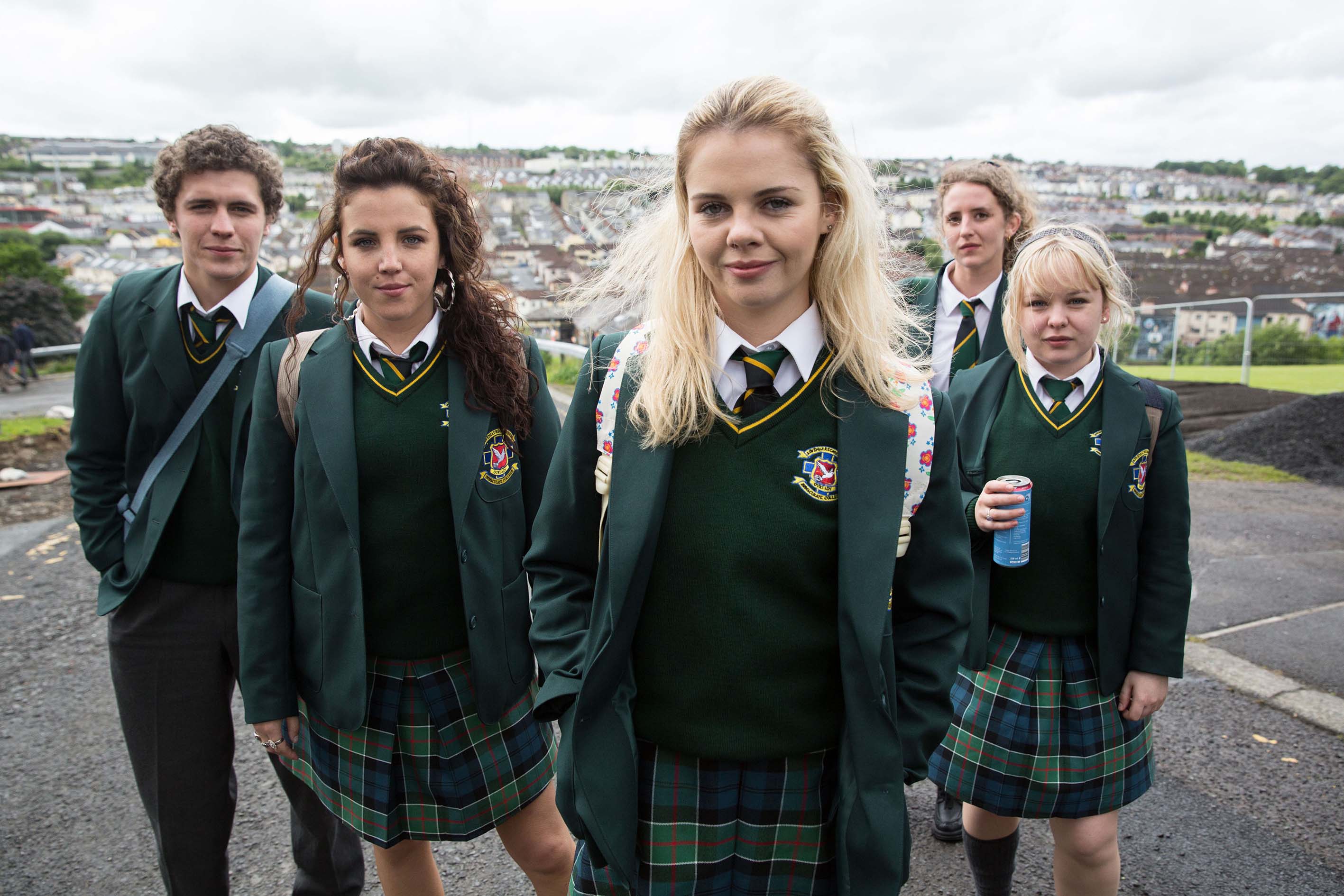 Candid and family-centred comedy set during The Troubles in Northern Ireland.
Written by Lisa McGee, the first series was the biggest TV series ever in Northern Ireland. Series two picks up with Erin, Orla, Clare, Michelle and Dylan through their teenage tribulations as they grow up in 1990s Derry.

Channel 4 is buzzing to announce that following a cracker second series, which came to an emotional close on Tuesday night, the award-winning hit comedy Derry Girls, has been commissioned for a third series (6x30’) by Ian Katz, Channel 4 Director of Programmes, Head of Comedy Fiona McDermott and Commissioning Editor Jack Bayles.

Derry Girls series two launched with a consolidated audience of 3.2m viewers for episode one, which makes it Channel 4’s biggest UK comedy launch episode for 15 years. In Northern Ireland, the series two launch has been the most watched programme across all channels since series one. The second series has so far part-consolidated at 2.7m viewers (after 4 episodes). Series one averaged at 2.5m viewers. Happy days!

Derry Girls is the creation of acclaimed writer Lisa McGee who has mined her own experiences to create a candid, one-of-a-kind, family-centred comedy. While series one saw the gang navigating their teens in 1990’s Derry against a backdrop of The Troubles, series two saw them navigating their parents, parties, love interests and school against the backdrop of a precarious peace process. Northern Ireland is growing up - this gang of eejits certainly aren't anytime soon.

Ian Katz, Director of Programmes at Channel 4, says: “At a time of great uncertainty about the future of the country thank God we have one unequivocally good piece of news to look forward to: the Derry Girls will be back to make our lives a bit brighter and more fun.”

Fiona McDermott, Head of Comedy at Channel 4, says: “It’s no surprise that Derry Girls continues to delight a growing legion of fans – a combination of magical writing and adorable characters make this show both timely and timeless. We’re delighted to confirm a third series - don’t tell Ma Mary, but I’m breaking open the Christmas cupboard in celebration.”

Lisa McGee, writer of Derry Girls, says: “I love writing this show and I'm so thrilled to be able to continue the Derry Girls story, thank you Channel 4, Erin and the eejits live to fight another day!"

Jimmy Mulville, MD of Hat Trick Productions, says: “We’ve been brilliantly supported by Channel 4 on the Derry Girls’ journey and I’m just thrilled we’re still on it and heading for series three.”

The final episode of Derry Girls series two aired on Channel 4 Tuesday 9th April at 9pm. If you’ve missed it so far, be a wee dote and catch up on All 4.

“The writing and performances are superbly fluent, natural and funny.” – The Independent