Welcome to the cancel/renew scorecard for Dead to Me TV show.
This is the most up-to-date place to find out whether Dead to Me is cancelled or renewed. Is there Dead to Me Season 3? Will there be a Season 3 of Dead to Me? Get the latest Dead to Me cancellation/renewal status below. 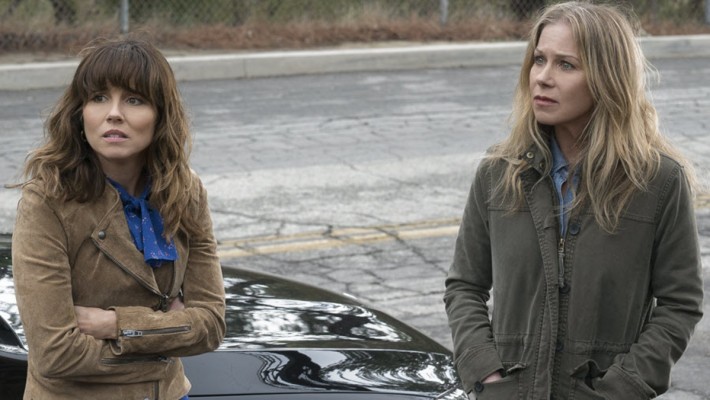 Dead to Me Series Information:

DYING TO KNOW WHAT HAPPENS TO JEN AND JUDY NEXT?!

NETFLIX'S "DEAD TO ME" RENEWED FOR SEASON 2

Liz Feldman's dark comedy about a dynamic female friendship that dives into the painfully unfiltered, weirdly funny waters of grief, loss and forgiveness has been picked up for a second season.

Stars Christina Applegate and Linda Cardellini will return to the series as Jen (Appelgate) and Judy (Cardellini).

Dead to Me is produced by CBS Television Studios for Netflix.

A powerful friendship blossoms between a tightly wound widow and a free spirit with a shocking secret in this darkly comic series.