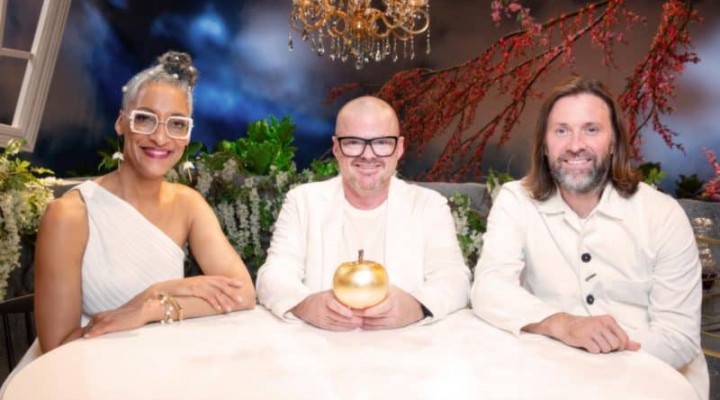 Chefs Heston Blumenthal, Carla Hall and Niklas Ekstedt are to take on the roles of 'Food Gods' in Channel 4 and Netflix's magical food competition, Crazy Delicious. The new six-episode series, presented by comedian and foodie Jayde Adams, is an innovative and imaginative food competition set on the world's first edible set. In a culture where many British families eat the same meals every week, this show aims to inspire viewers to turn everyday dishes into Crazy Delicious creations.

Each week, three passionate and inventive cooks work magic with commonplace ingredients, such as the humble carrot, some of which they will pick, pluck and snip from an enchanted garden on the stunning Crazy Delicious set which also contains edible blossom, chocolate soil, and a drinkable babbling brook. Crazy Delicious is presided over by our world-renowned Gods of Food, Heston Blumenthal, Carla Hall and Niklas Ekstedt. The trio sit amongst the clouds and judge which ingenious cook will reign victorious and be awarded the golden apple. Together, the gods judge the concept, visual appeal and taste of each dish.