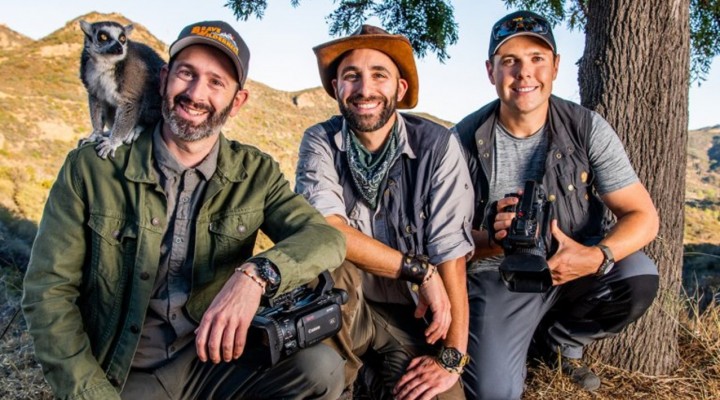 Passionate about inspiring a whole new generation of animal enthusiasts, Coyote Peterson, host of the much-loved Brave Wilderness channel on YouTube (15.5MM subscribers), travels to all new destinations around the globe to share incredible animal experiences with the most fascinating, bizarre, and iconic animals on earth in his all-new Animal Planet series, COYOTE PETERSON: BRAVE THE WILD which premieres Sunday, Feb. 9 at 9 PM ET/PT. A special first-look at the series will premiere out of Puppy Bowl XIV on Sunday, Feb. 2 at 5PM ET/PT.

In COYOTE PETERSON: BRAVE THE WILD, Coyote brings the animal kingdom up close for the next wave of explorers in an entertaining way, while promoting compassion and welfare for the natural world. Together with wildlife biologist Mario Aldecoa and his crew, Coyote shares their breathtaking adventures with Animal Planet's audiences and his "Coyote Pack" across all platforms.

This season, Coyote travels to Australia's Devil Ark conservatory to reveal the history behind the critically endangered Tasmanian devil and discovers the manpower needed to conserve this species; to Brazil where Coyote encounters the Yacare Caiman, a cousin of the crocodile, and swims alongside the animal to study its perfect-predator behavior as jaguars and capybara lurk from the shoreline; and the swamplands of Texas to search for a giant alligator snapping turtle known as Raphael, among other destinations.

For more COYOTE PETERSON: BRAVE THE WILD, fans can also head to Animal Planet GO, YouTube, and Facebook to experience an all new mid-form series, Coyote Peterson: Brave The Wild Untamed, where audiences can hear from Coyote and his crew, first-hand, as they break down some of the most intense moments from season one.