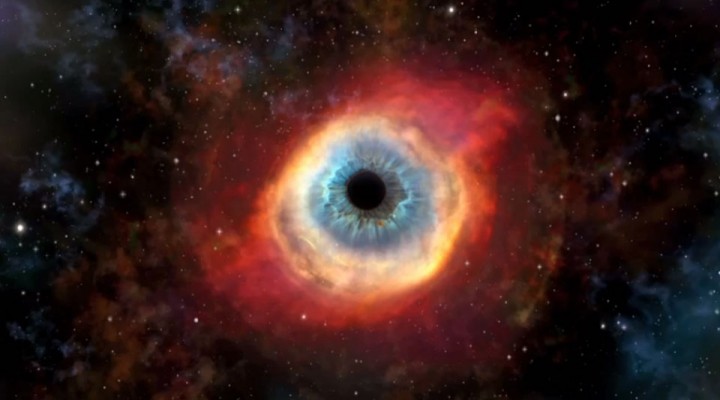 COSMOS Returns! Season 3 of the Most Celebrated Science Show on the Planet to Premiere March 9, 2020, on National Geographic

THE HIGHLY ANTICIPATED COSMOS: POSSIBLE WORLDS TO AIR GLOBALLY ON NATIONAL GEOGRAPHIC IN 172 COUNTRIES AND 43 LANGUAGES

NEW YORK -- The most beloved, wonder-filled science franchise in television history returns with a new, 13-episode, mind-blowing adventure when COSMOS: POSSIBLE WORLDS premieres March 9 on National Geographic. This out-of-this-world trip through space and time will transport viewers across 13.8 billion years of cosmic evolution and deep into the future.

The next chapter of COSMOS, announced in celebration of what would have been visionary Carl Sagan's 85th birthday this Saturday, Nov. 9, continues the legacy of the groundbreaking series co-written with Ann Druyan and Steven Soter, which was broadcast to a global audience 40 years ago. COSMOS: POSSIBLE WORLDS airs on Nat Geo in 172 countries and 43 languages and on FOX this summer. The previous season was seen by over 135 million people worldwide.

Neil deGrasse Tyson, an astrophysicist with the American Museum of Natural History, host of the four-time Emmy-nominated "StarTalk" series and best-selling author (Death by Black Hole," "Letters from an Astrophysicist), returns as host and series executive science editor. This season begins with him on the shores of the cosmic ocean as COSMOS' enhanced and upgraded 'Ship of the Imagination' and 'Cosmic Calendar' return, taking viewers on a journey through time and spanning a stunning variety of worlds. Throughout these adventurous episodes, COSMOS: POSSIBLE WORLDS integrates one-of-a-kind VFX, animations, holograms and stylized reenactments to carry viewers to never-before-seen worlds and meet unsung superheroes who have made possible our understanding of life's spectacular voyage - from its origin at the bottom of the sea to its possible future on the exotic worlds of distant stars.

"This third season of COSMOS: POSSIBLE WORLDS is our boldest yet," says Druyan. "The 'Ship of the Imagination' will carry us places we never dared to venture before: lost worlds and worlds to come, deep into the future and straight through that hole in the curtain masking other realities - and all of it rigorously informed by science and made real by lavish VFX."

"National Geographic is proud to be the world's leading destination for viewers who are passionate about science and exploration," says Courteney Monroe, president of global television networks at National Geographic. "Which is why we're excited for the next chapter of the most-beloved and most-watched science show to date, COSMOS, to return to our air. COSMOS: POSSIBLE WORLDS takes complex themes from astrophysics, astronomy and anthropology and makes them accessible and entertaining for millions of people around the world to devour."

COSMOS: POSSIBLE WORLDS ventures to previously uncharted territories: starting back to the dawning of our universe, moving forward to the futuristic 2039 New York World's Fair and then far beyond into the distant future on other worlds. Visit an open house in the first apartment ever built and climb a 10,000-year-old stairway to the stars. Return to the foreboding 'Halls of Extinction,' with living dioramas of the broken branches on the tree of life, and venture to the new, glorious 'Palace of Life,' with its soaring towers filled with vibrant marine creatures. Stand beneath its 'Arch of Experience' to know what it's like to soar with the eagles or swim with the whales on their epic voyages.

In conjunction with the launch of the new season, National Geographic Books is publishing a companion book, Cosmos: Possible Worlds, by Druyan, the long-awaited follow-up to Sagan's international bestseller, Cosmos.

Airing as a global event on FOX and National Geographic, the Emmy- and Peabody Award-winning COSMOS will return for its third season in Spring 2019. It will once again be executive-produced, written and directed by Ann Druyan (NASA's Voyager Record, "Cosmos: A Personal Voyage," "Contact") and executive-produced by Seth MacFarlane (FAMILY GUY, THE ORVILLE, COSMOS: A SPACETIME ODYSSEY), Brannon Braga (THE ORVILLE, COSMOS: A SPACETIME ODYSSEY), who also is co-writer and director of the series, and Jason Clark (THE ORVILLE, COSMOS: A SPACETIME ODYSSEY). Neil deGrasse Tyson, the famed pop-culture icon, astrophysicist and host of the Emmy Award-nominated "StarTalk," will return as host. Co-created by the legendary astronomer Carl Sagan and Ann Druyan in 1980, COSMOS has transported a global audience to the farthest reaches and most deeply hidden recesses of the universe. In the course of those journeys, the series has examined the real stories of the forgotten searchers who helped us understand our place in the universe. Following the wildly successful second season, COSMOS: A SPACETIME ODYSSEY, seen by more than 135 million people worldwide on National Geographic and FOX, and the most-watched series ever on National Geographic Channels internationally, the new season, COSMOS: POSSIBLE WORLDS, will premiere in the U.S. on both FOX and National Geographic and globally on National Geographic in 180 countries and 43 languages. Continuing the legacy of its predecessors, COSMOS: POSSIBLE WORLDS will translate the revelations of science into a lavishly transporting experience, taking audiences on a series of spiritual voyages of exploration. We are living in the golden age of discovery of new worlds to explore and possibly inhabit. In the vastness of time and the immensity of space, their number and the stories they contain are virtually infinite. The new season will reveal previously uncharted realms, including lost worlds and worlds to come, and those that we may one day inhabit in a thrilling future we can still have. In conjunction with the launch of the new season, National Geographic Books also will publish a companion book, COSMOS: POSSIBLE WORLDS, by Ann Druyan, the long-awaited follow-up to Carl Sagan's historic international bestseller, COSMOS: A Personal Voyage. COSMOS: POSSIBLE WORLDS is produced by Cosmos Studios, the Ithaca, NY-based company Ann Druyan co-founded in 2000, and Fuzzy Door Productions. Druyan and Brannon Braga are the series' writers. Druyan, Seth MacFarlane, Braga and Jason Clark will executive-produce the series. Druyan and Braga will direct the series.