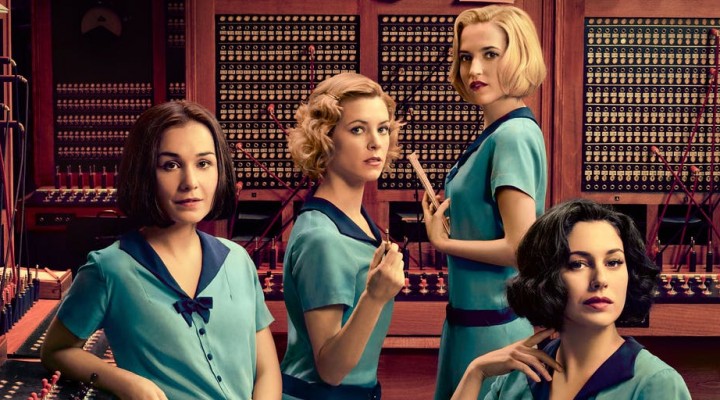 In 1920s Madrid, four women at the National Telephone Company ring in revolution as they deal with romance, envy and the modern workplace.

This how The cable girls are, they have been with us all these years in countless adventures and their complicity has remained untouched. The fight for freedom and friendship will be the key elements of this last season, which will be divided into two parts of five episodes each. This will be the end of this inspiring and emotional story of powerful women. The first part will be debuting in February 14th 2020.

In this last season and after the tragic and painful death of Angels, one of the hardest episodes in their lives, the girls take very different paths towards what seemed like a promising future. The Spain they knew is divided into two sides, and after years of struggle and progress towards equality, freedom is being lost in a Civil War that will change their destiny, as well as those of their families and those of the new characters that will appear to turn everything upside down. The rights obtained in the democratic period will disappear, women will be expelled from the labour market, and all the girls will find themselves against the ropes.

Despite the difficulties, their lives are destined to intersect and they will have to remain together to face whatever comes ahead. One thing is clear: their friendship will always be above anything else. In a divided society, "Either all or none" will be the motto that will guide their fight for their lost freedom, and that will prove that the most important thing is to have your friends close, because this group of friends would give even their lives to save each other.