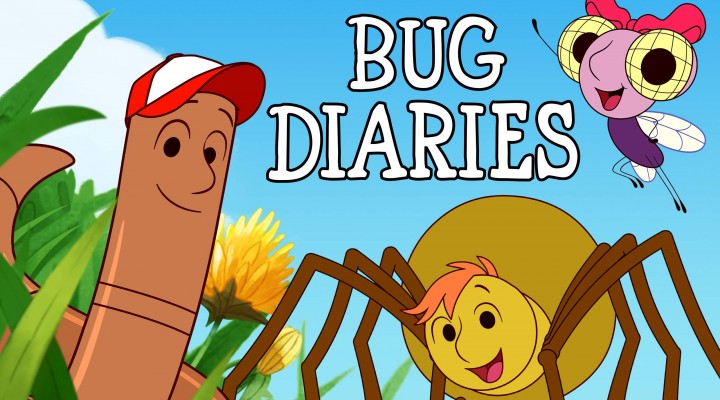 The Bug Diaries is an animated comedy series for preschoolers based on the witty children’s books by best-selling author Doreen Cronin and best-selling Illustrator Harry Bliss. The show follows a comic trio of slimy, crawly, and buzzy bug friends whose tiny world offers up huge adventures. Pairing kid-personalities with incredible bug abilities, the series will give us a mile-high look at the world through Fly’s compound eyes, let us squirm in Worm’s “footsteps”, and literally hang around with Spider as they record their adventures, each in their own way, in their bug diaries.