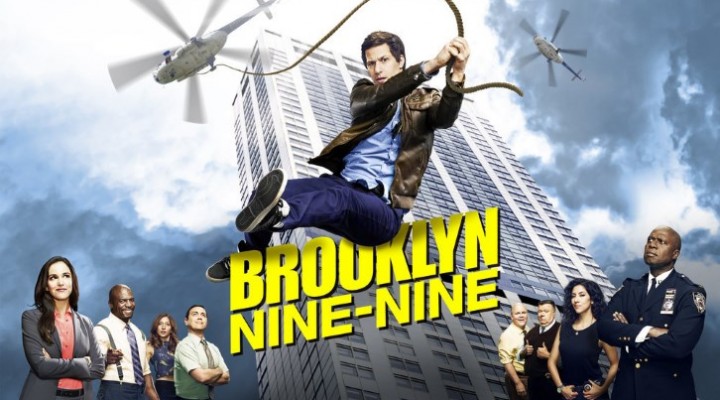 Brooklyn Nine-Nine is NOT cancelled. However, it has not yet been renewed or cancelled for season 9

NBC has renewed its Golden Globe Award-winning comedy "Brooklyn Nine-Nine" for season 8. "Brooklyn Nine-Nine" was also last season's #1 most-social primetime comedy series across television, earning 9 million total interactions (Source: Nielsen Social SCR). The series features Detective Jake Perlta (Samberg) who happens to be good enough that he’s never had to work very hard to deliver. As it turns out, he has the best arrest record among his peers, until the precinct gets a new officer, Captain Ray Holt (Braugher). Jake may have made more arrests, but Detective Amy Santiago (Melissa Fumero) is pretty close, and knows exactly what it would take to catch up. Amy grew up with seven brothers who were all cops, and she’s extremely competitive. The comedy has received many awards and honors including two Emmy Awards and a Golden Globe Award for Best Series (Musical/Comedy), a Golden Globe award (Musical/Comedy) for best actor for Samberg, three nominations for Primetime Emmy Awards for outstanding supporting actor for Braugher (in comedy series).