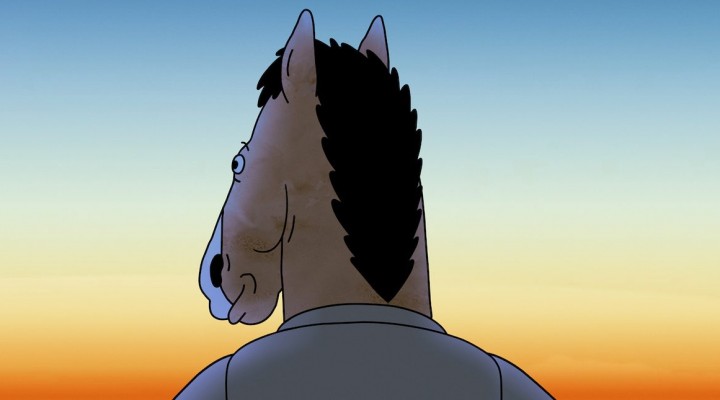 BoJack Horseman is an adult animated tragicomedy sitcom show starring the voices of Will Arnett, Amy Sedaris, Alison Brie, Paul F. Tompkins, and Aaron Paul. The storyline follows an anthropomorphic horse named BoJack Horseman (Arnett). He used to be a star in a 1990s sitcom. Now, he is a washed-up star who complains about everything and dreams of returning to celebrity relevance.