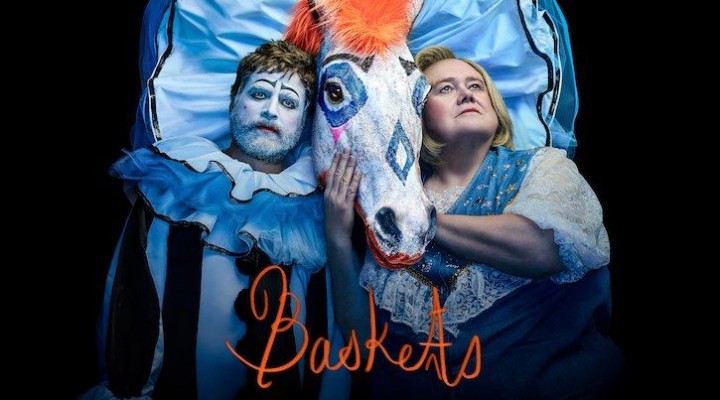 LOS ANGELES, July 31, 2019 -- FX Networks today announced that its critically acclaimed comedy series Baskets will come to an end with the show's season four finale on Thursday, August 22 on FX.

"Over four seasons, Baskets has taken its place among the great FX comedies as an endearing and hilarious look at the dreams and ambition of 'Chip Baskets' and his extended, loving family," said Eric Schrier, President, FX Entertainment. "This show has been a joy for everyone at FX and we are grateful to Jonathan Krisel, Zach Galifianakis, Louie Anderson, Martha Kelly and the rest of the cast and crew for giving us the gem that is Baskets."

Season four of Baskets continues Thursdays with the following episodes:

In the three seasons that Baskets has been Emmy Award(R) eligible, Louie Anderson won an Emmy for Outstanding Supporting Actor in a Comedy Series and was nominated two additional times for his work as loving matriarch "Christine Baskets." In 2017, Zach Galifianakis received an Emmy nomination for "Outstanding Lead Actor in a Comedy Series" for his transformation into twin brothers "Chip Baskets" and "Dale Baskets."

In Baskets, Chip Baskets (Galifianakis) wants to follow his dream of being a French clown—however, reality keeps interfering. Saddled with financial difficulties and facing an impenetrable language barrier, he moves back home to Bakersfield with high hopes. There, he is forced to confront his past while working as a rodeo clown and competing with his siblings for his mother's (Louie Anderson) approval and affection. The series also stars Martha Kelly as Chip’s insurance claims adjuster.