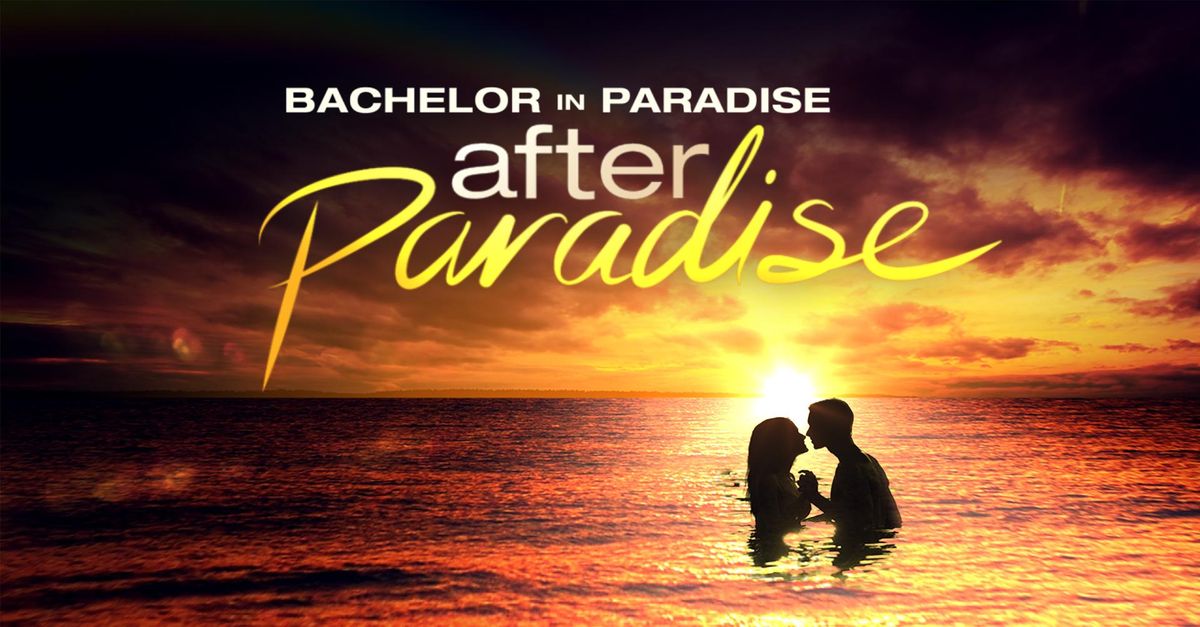 After Paradise" features host Michelle Collins and co-host Sean Lowe discussing and dissecting the most recent episodes of "Bachelor in Paradise," alongside cast members and celebrity fans. Bachelor fans know Collins from her time on daytime talker "The View" as the biggest fan of "The Bachelor" and "The Bachelorette," while Lowe found love on the 17th season of "The Bachelor" with now wife Catherine. The couple recently welcomed son Samuel. Together, they'll present questions and comments from viewers, debut deleted scenes, outtakes and exclusive extra content, all the while allowing members of #BachelorNation to finally have their say...