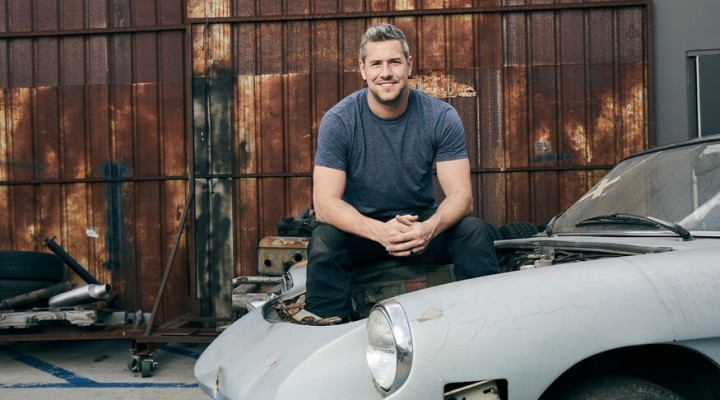 Ant Anstead is living the American dream. Two years after moving to southern California to costar in the globally beloved series WHEELER DEALERS, he's at the top of his profession. As that series enters production on season 16 this fall, he's also enjoying newlywed life with fellow TV star Christina Anstead (costar of FLIP OR FLOP and star of CHRISTINA ON THE COAST on HGTV) and life with their blended family that includes a newborn baby boy. While his personal life and work are extremely busy, Ant isn't one to rest on his laurels. In the all-new series ANT ANSTEAD MASTER MECHANIC, world premiering Thursday, October 10, 2019, exclusively on the MotorTrend App, Anstead is paying homage to the legendary 1930s Alfa Romeo 158 Grand Prix race car by building his own from the ground up.

The Alfa Romeo 158 was the first car to ever win a Formula One race, at the inaugural meet at Silverstone in 1950. Only six 158s were ever built and the two remaining carry an estimated value in excess of 20 million dollars. ANT ANSTEAD MASTER MECHANIC follows Ant as he found time to take on this ambitious, special passion project during WHEELER DEALERS' summer hiatus and before his baby boy arrived earlier this month.

"Ant embodies everything we hold dear at MotorTrend," said Mike Suggett, head of programming and development, MotorTrend Group. "As you'll see in every episode of WHEELER DEALERS and in this new series, he's a hardworking, brilliant mechanic with a deep-rooted passion for cars. ANT ANSTEAD MASTER MECHANIC is our first serial original series for the MotorTrend App. We hope subscribers enjoy following the story of Ant's Alfa Romeo build over the course of an entire season."

"Formula One is the pinnacle of the automotive industry, having started in more humble times with the first race won by the beautiful Alfa Romeo 158 at my home track of Silverstone," said Anstead. "The 158 came straight out of an era where the cars and drivers became legends. Ever since childhood I have considered the 158 as the ultimate racing machine. Now, with MotorTrend documenting every moment, I get to build my own homage to this racing legend that I can keep for myself."

In ANT ANSTEAD MASTER MECHANIC, Anstead is using donor cars, a bunch of spare parts, handmade items, whatever raw materials he can get, and some help from local skilled engineers, vendors and friends to help him build the Alfa Romeo 158. The series is done in a "warts and all" documentary style as Anstead interacts openly with a small MotorTrend crew that captured this special project. In a way not done on WHEELER DEALERS, viewers will get a window inside Anstead's mind as he navigates the trials and tribulations of this truly one-of-a-kind automotive build. Viewers will also see a bit of what his life in America is like including: travelling with Anstead across California to find an original Alfa Romeo 158; his hosting of an Alfa Romeo event during Monterey Car Week this past summer; visiting legendary car designer Chip Foose and Chris Jacobs of MotorTrend's OVERHAULIN'; and shop visits from his wife Christina Anstead.