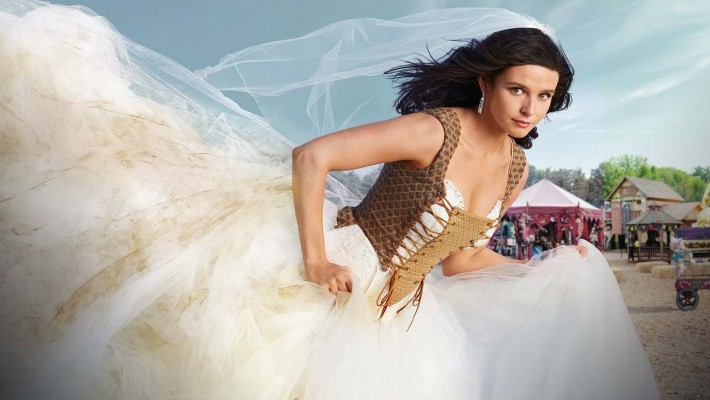 The world of yesteryear emerges front and center with the premiere of Lifetime's new scripted dramedy, American Princess, which premiered Sunday, June 2 at 9pm ET/PT. From A+E Studios, creator Jamie Denbo and executive producers Jenji Kohan, Tara Herrmann and Mark A. Burley, the series follows runaway bride Amanda Klein (Aussie newcomer Georgia Flood, Anzac Girls, Wentworth) as she joins a Renaissance Faire after her wedding goes awry, only to discover there's a lot more to life than she once thought.

When Amanda (Flood), an Upper East Side socialite, runs away from her own dream wedding, she realizes that the life she thought she wanted wasn't actually right after all. After impulsively joining a Renaissance Faire, Amanda experiences an unexpected awakening that leads her to reevaluate everything she thought she knew about the pursuit of happiness. She quickly develops new friendships, rivalries and romances that, much to the confusion of her family, opens her eyes to new beginnings.