Home | Shows | All or Nothing 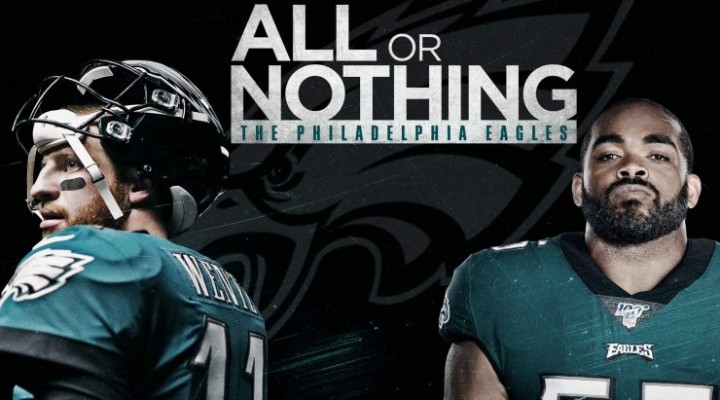 All or Nothing Series Information:

Emmy Award-winning actor Jon Hamm (Good Omens, Mad Men, The Report) returns as narrator of the eight-episode season, all of which will be available for Prime members to stream on February 7. One season has passed since Philadelphia's first Super Bowl championship and expectations are once again soaring.

Alongside Eagles franchise quarterback Carson Wentz, Pro Bowl tight end Zach Ertz and defensive stalwarts Malcolm Jenkins, Fletcher Cox, and Brandon Graham lead a talented and resilient roster in a city where the Eagles are more than just a football team - they're a way of life.

All or Nothing is the first series to take viewers inside the locker room, on the sidelines and off the field for an unprecedented look inside an NFL franchise's complete season.