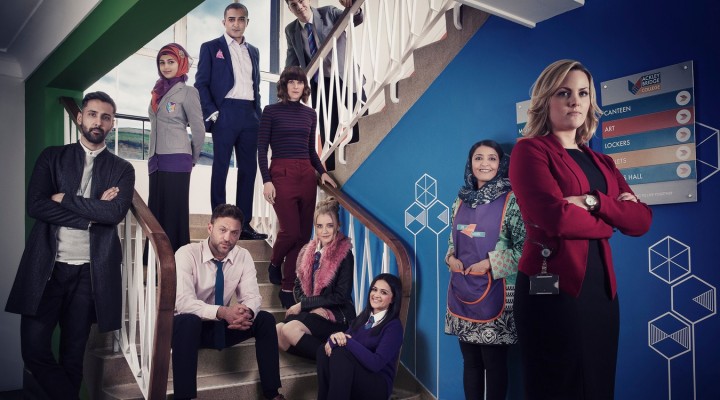 Ackley Bridge is NOT cancelled. However, it has not yet been renewed or cancelled for season 5

Award-winning Ackley Bridge is to return to Channel 4 for a fourth series, in a revised format. The previous weekly, 60’ format will be played out in a series of 10 episodes, each 30’ duration, set to return to screens in September 2020.

Inspired by real-life Lancashire and Yorkshire schools established to integrate the white and Asian communities in some of the most divided towns in the country, Ackley Bridge has won praise across its previous three series for tackling real-life situations and issues in an irreverent, insightful way, with humour and punchy, big hearted stories.

Rebecca Holdsworth , Channel 4 Commissioning Executive: “Refreshing the format to half hours not only reflects the viewing habits of our young audience, but gives the show a new look and feel as we welcome a brand new cast of characters to our screens.”

George Ormond, Executive Producer, The Forge, added: “We are thrilled to be starting this new chapter in the Ackley Bridge story and we can’t wait to introduce our new characters to the audience.”

Ackley Bridge series four will be produced by The Forge and will film in Halifax from March 2020. Previous series of the show have been supported by Screen Yorkshire. Executive Producers are George Ormond (National Treasure, Kiri), George Faber (National Treasure, Shameless), and Ayub Khan Din (East is East). For Channel 4, Commissioning Executive is Rebecca Holdsworth. All3media International are handling international distribution.