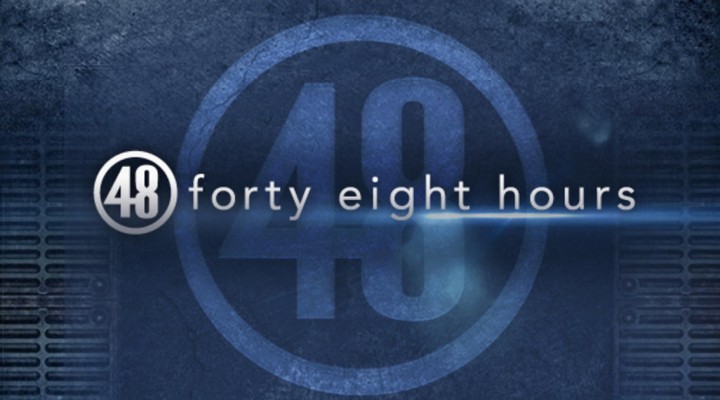 The show is NOT cancelled. However, it has not yet been renewed or cancelled for season 34

Tygard will oversee all aspects of the acclaimed crime and justice broadcast, which has been Saturday's #1 non-sports primetime program for more than a decade.

"Judy Tygard is one of the best producers in all of television and an excellent leader," Zirinsky said. "She lives and breathes 48 HOURS. As an innovative Senior Producer, she's expanded the franchise into new areas and will continue to push 48 HOURS into the future."

"48 HOURS is in my DNA," Tygard said. "I joined as a producer in season two. We're now in our 32nd season. I'm so proud of the work we do shining a light on the criminal justice system."

Since 2005, Tygard has served as a senior producer on 48 HOURS. In that role, she created 48 HOURS: "Live to Tell," a short-run series that features first-person accounts of people who have survived horrific events. "Live to Tell" has earned awards for documenting the challenges facing a victim of sex trafficking and the struggle of a survivor of the 2016 Brussels terror attack.

Additionally, Tygard has been an integral producer in many of CBS News' primetime specials, including the upcoming "Meghan and Harry Plus One" and the George Foster Peabody-nominated "39 Days," a documentary about the student activist movement that followed the school shooting in Parkland, Fla. She was co-executive producer of the "The Gayle King Interview with R. Kelly," and was key in the specials "Dan Rather: A Reporter Remembers" and "Flashpoint," about the roadside attack in Iraq that killed CBS News cameraman Paul Douglas and soundman James Brolin.

Tygard began her CBS News career as a writer for anchors Bob Schieffer and Morton Dean at the CBS EVENING NEWS weekend editions. She also worked at CBS THIS MORNING as a writer, copy editor, line producer and anchor producer. During her career, Tygard has covered a wide range of economic, political and international stories for CBS News such as the Moscow Summit, unrest in Cuba, Japan's post-war reckoning, political conventions and the inaugurations of three presidents.

She joined 48 HOURS in 1989 as a producer. She left for a brief stint at ABC News and later returned to 48 HOURS.

Throughout her career, Tygard has focused on stories that examine the fairness of the judicial system, and has produced several editions of 48 HOURS centered on cases of the wrongfully accused.

In 2018 she was part of the team behind "Defending DJ," a report on an unarmed African-American college student shot to death by police, and the misleading narrative created in the aftermath. In 2016 she led a team that produced "Blaming Melissa," a 48 HOURS report that uncovered new evidence and cast substantial doubt on the criminal confession of a young woman questioned by police for nine hours.

Tygard also spent eight years working with the team behind a series of reports on Ryan Ferguson, a Missouri man wrongfully convicted of murder, who later credited the broadcast with helping him gain his freedom. And in 2012, Tygard was the senior producer of "Grave Injustice," an award-winning 48 HOURS about a man deprived of compensation by the State of Texas after spending 18 years in prison for a crime he didn't commit.

Tygard began her broadcasting career at WNEW-TV in New York, rising to broadcast producer for the station's 10 PM newscast.