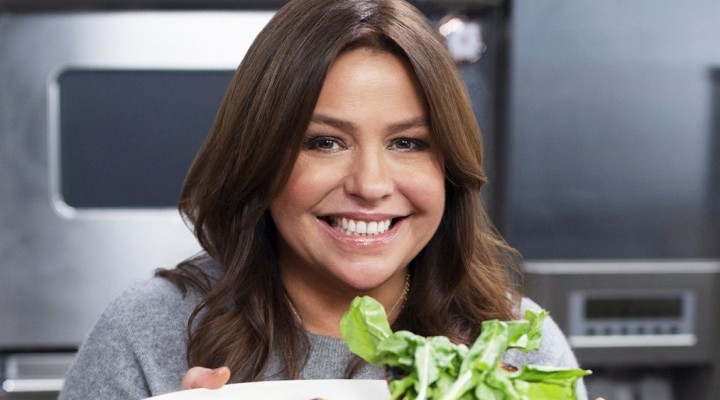 New Episodes to Premiere on Saturday, November 9th at 9:30am ET/PT

Food Network star, Emmy(R)-winning talk show host, and best-selling cookbook author, Rachael Ray, returns with new episodes of 30 Minute Meals on Saturday, November 9th at 9:30am ET/PT on Food Network. During each episode Rachael gives viewers real-time, step-by-step cooking instructions, from ingredient prep to getting a meal on the table, with time-saving tips that make the aspirational achievable. Ahead of the linear premiere, starting at midnight on November 9th viewers will be able to access exclusive 30 Minute Meals digital content on the Food Network Kitchen app, including binge watching all ten episodes of the new season, recipes from each episode, and additional short-form content with Rachael throughout the season.

"We cannot wait to premiere new episodes of 30 Minute Meals, giving audiences more of what they have come to love about Rachael Ray - her joyful personality and relatability in the kitchen, along with amazing recipes," said Courtney White, President, Food Network. "Whether you are a seasoned or amateur home cook, 30 Minute Meals is perfect for helping to prepare easy and delicious meals for family and friends quickly."

Whether it is creating your own takeout night menu of Szechuan Beef and Messy Corn with Shishito Peppers or a sofa night super snack of Chorizo Jalapeno Poppers that are bursting with cheese, Rachael has viewers covered as she shares easy and delectable 30-minute meals for any occasion. In another episode Rachael makes an easy taco recipe that includes Tilapia tossed in a blend of spices and lightly fried with layers of fresh Pico de Gallo that will have you making tacos every night. And why go to a fancy Italian restaurant when you can make a delicious three-course meal right at home with Rachael's Bruschetta with Ricotta and Walnuts, followed by Beef and Italian Sausage Ragu with Fusilli and a refreshing Escarole Salad with Fennel. Visit FoodNetwork.com/30MinuteMeals for more of Rachael's must-try recipes from the season and join the conversation anytime using #30MinuteMeals.

Rachael Ray grew up in food and has parlayed that birthright into a successful career as a television star, an iconic Food Network personality, bestselling cookbook author, Founder and Editorial Director of her own lifestyle magazine, Rachael Ray Every Day, and Founder of the Yum-o! organization. Rachael's daytime program, 'Rachael Ray,' launched in the fall of 2006 showcasing Rachael's warmth, energy and boundless curiosity, and most recently won a Daytime Emmy(R) Award for "Outstanding Informative Talk Show." Ray has also hosted Food Network's Rachael Ray's Kids Cook-Off, Worst Cooks in America, Week In A Day and 30 Minute Meals, which earned Rachael a Daytime Emmy(R) Award for "Outstanding Service Show" and a nomination for "Outstanding Service Show Host." Rachael turned her 30 Minute Meals concept into a bestselling cookbook series, including Rachael Ray's Book of Burger, and My Year in Meals, and will release her 26th cookbook, Rachael Ray 50: Memories and Meals From a Sweet and Savory Life, this fall. She has also developed a line of super premium dog and cat food called Rachael Ray Nutrish(R), and through The Rachael Ray Foundation(TM) has donated more than $35.5 million to animals in need. Her nonprofit organization, Yum-o!, empowers kids and their families to develop healthy relationships with food and cooking.