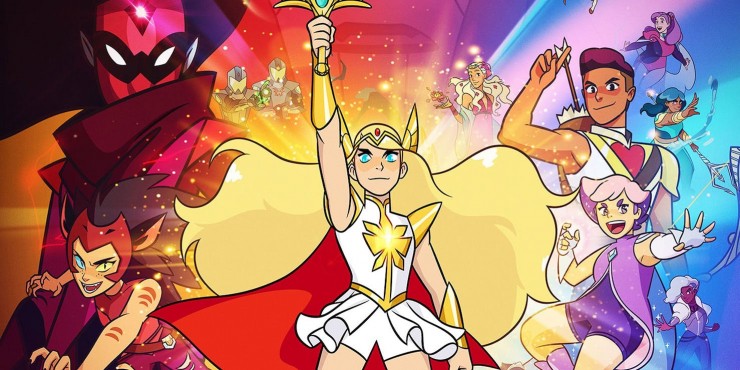 Los Angeles – October 6, 2019 – Netflix has renewed She-Ra and the Princesses of Power for Season 4. The 13-episode fourth season of the rebooted animated series is scheduled to release November 5, 2019.

Season 4 begins with the respective rises of Queen Glimmer as leader of the Rebellion and Catra as co-leader of the Horde. As the Horde makes advances on the Rebellion under the looming threat of Horde Prime’s arrival, the Princess Alliance makes heroic strides but begins to disagree on the best way to defend Etheria. Ultimately, a shocking discovery about Etheria itself causes Adora to reconsider everything she thought she knew.

In this reboot of the '80s series, a magic sword transforms an orphan girl into warrior She-Ra, who unites a rebellion to fight against evil.

She-Ra and the Princesses of Power