We track the latest new TV shows being released across all networks, and stackrank them. We also calculate the chances for a season 2 for each show.

When shows do very well, they are more likely to get renewed for season 2. Predicting new seasons is a hard game, but our data analysts analyze hundreds of data points and crunch the numbers to make it as accurate as possible. We use popularity indicators including user scores, ratings, reviews, as well as social media signals to understand audiences’ response to TV shows. Based on these numbers, we stackrank the top shows and calculate their chances to be renewed for season 2. There are important criteria that we do NOT know, such as production costs, that play an important role in evaluating renewal decisions. However, we do also take these into accounts by using estimates of TV show production costs.

Julie and the Phantoms

Julie and the Phantoms, released September 10th, 2020, has become an instant hit on Netflix. We believe that the new season 2 will be announced in October to November at the latest.
RENEWAL SCORE: 84% chance for season 2

Young Wallander is a new take on the best-selling crime books by scandinavian writer Henning Mankell. The series was off to a good start, but slightly below average TVscorecards user audience scores mean that the renewal chances for a new season are slightly below most other top shows featured on this page.
RENEWAL SCORE: 68% chance for season 2

UPDATE October 6th, 2020: Teenage Bounty Hunters has been cancelled with no season 2, TVLine has confirmed. The show’s 10-episode first season initially made Netflix’s prestigious “Top 10” list, making this cancellation a surprise. More to come on this announcement on TVscorecards soon… 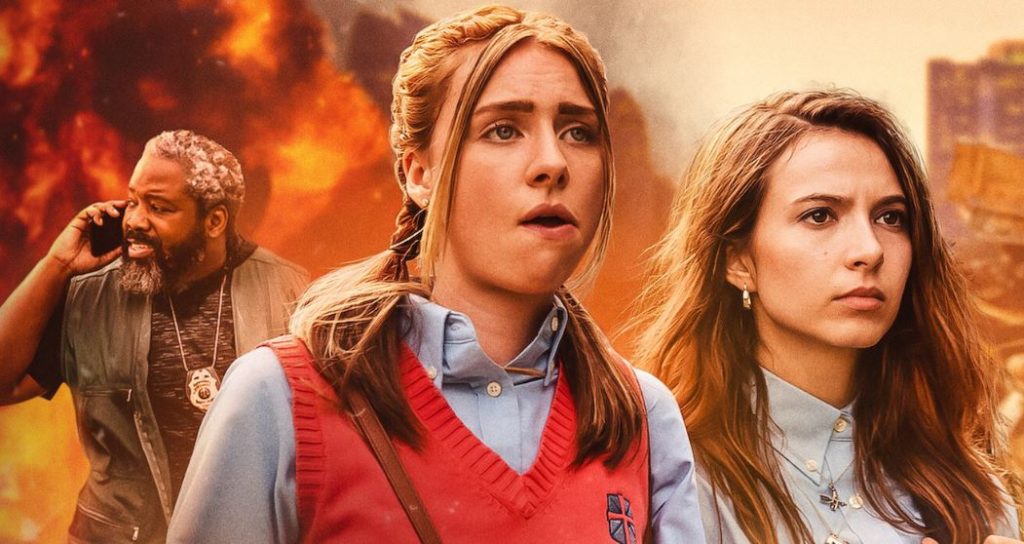 Cursed was an audience favorite when initially released on Netflix in July 2020. While the popular release saw a shard drop-off after episodes 1 and 2, we measured sustained interest in the rest of the first season and predict overall that Cursed season 2 will be renewed.
RENEWAL SCORE: 74% chance for season 2

Original prediction:
Warrior Nun Season 2: Similar to Cursed Warrior Nun was a hit when released early July 2020. While Warrior Nun did not see the initial viewership pickup that Cursed did, the audience stayed very loyal throughout the season, a very good indicator for a season 2. Additionally, Warrior Nun plot in the first season left several doors opened and questions unanswered that has fans wanting for season 2.
RENEWAL SCORE: 81%

This was one of our toughest predictions. Unorthodox was designed as a mini-series. This means that it NOT designed for multiple seasons from the start, and the production teams are not scheduled for a season 2. Yet, all signals point to a renewal or a follow-up movie/series. Strong viewership, high user ratings are only some of the indicators that show the need for a new season 2. As a result, we make a bold and controverial prediction that there will be a Unorthodox season 2 despite Unorthodox being a mini-series.
RENEWAL SCORE: 77%

We will be updating this page regularly with more predictions, so bookmark this page and check often for new interesting seasons coming to you soon.