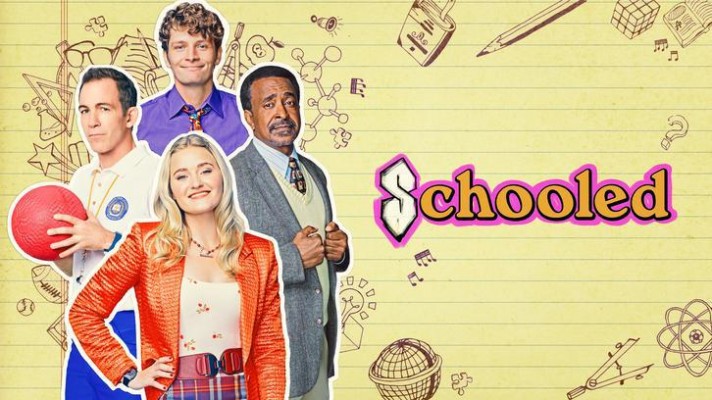 School will most likely be back in next fall.

ABC has ordered nine more episodes of Schooled, bringing its Season 2 total to a full-season 22-episodes, TV Scorecards can confirm.

As part of the order Tom Hertz and Vanessa McCarthy have been installed as new showrunners of The Goldbergs spinoff series, replacing Tim Doyle who departed over “creative differences.”

The full-season order is a positive renewal indicator, with insider sources tipping TV Scorecards that Schooled Season 3 renewal is “virtually a go”.

Are you pleased with the news? Should Schooled be renewed for Season 3, or cancelled?

"Schooled," set in 1990-something, follows the hilarious faculty of William Penn Academy, led by music teacher and WP graduate Lainey Lewis (AJ Michalka), Principal John Glascott (Tim Meadows), Coach Rick Mellor (Bryan Callen) and young, enthusiastic English teacher CB (Brett Dier). Despite their eccentricities and crazy personal lives, these teachers are heroes to their students. The ABC Television Network has made a straight-to-series order of a new spinoff based on the hit comedy The Goldbergs. The series is slated for 2018-2019. The spinoff will be set in 1990-something and follow the hilarious teachers of William Penn Academy – led by Tim Meadows (Principal Glascott), Bryan Callen (Coach Mellor) and AJ Michalka (Lainey Lewis) – who, despite their eccentricities and crazy personal lives, are heroes to their students.