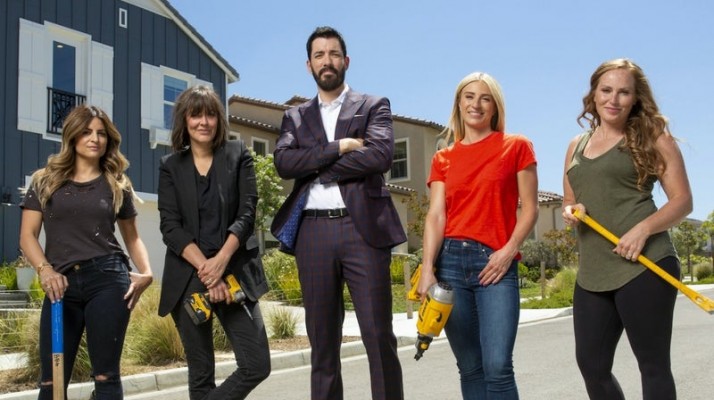 The popular remodeling network HGTV has annouced that it has renewed Rock The Block for a new season. In season 2, four pairs of HGTV’s top renovation stars will work together to take on identical three-story properties in the suburbs, and remodel them to become custom dream homes.

The competitive remodeling show attracted over 20.3 million viewers in its debut season, according to HGTV. As a result, it is no surprised that the series has been renewed for season 2 with six new episodes.

The new season of Rock the Block will premiere early 2021, with an exact date to be announced. The teams have only one month and a total budget of $175,000 to come up with the best dream custom home. The duo who adds the most value to their home will win the competition.

Prepare for the ultimate showdown between the fiercest women in the home renovation and design business when Rock the Block, HGTV's newest competition series, premieres on Monday, Oct. 21, at 9 p.m. ET/PT. With only four weeks and $175,000 each, HGTV stars Leanne Ford (Restored by the Fords), Mina Starsiak Hawk (Good Bones), Jasmine Roth (Hidden Potential) and Alison Victoria (Windy City Rehab) will face-off to max-out identical properties in the Los Angeles area-with the goal to add the most property value to each home. Hosted by PROPERTY BROTHERS: FOREVER HOME star and real estate expert Drew Scott, the series will boast bold build and design challenges; in-show surprises; and special guest judges. The winner will walk away with the ultimate reward-bragging rights and a street named after her on the most rocking block in the country.

"These women are here because they're some of the best designers and renovators in the business," said Drew. "These houses are a blank canvas. They can completely redesign them-the possibilities are endless."

HGTV president Jane Latman added, "This is a no-holds-barred competition among highly skilled HGTV experts at the top of their game. They're playing to win, and we can't wait to see the results of their strategy, creativity and drive."

In the premiere episode, Tarek El Moussa (Flip or Flop) will judge the reveals of the master suites, deciding who created the ideal bedroom oasis. Throughout the series, additional HGTV stars will assess the spaces in each home. Mike Holmes (Holmes & Holmes) will judge the kitchens, while Brian and Mika Kleinschmidt (Dream Home in 90 Days w.t.) will evaluate the great rooms and outdoor living spaces. Nicole Curtis (Rehab Addict) and Tiffany Brooks (HGTV Smart Home 2019) will stop by for special guest appearances during the series.

"At the end of four weeks, yours truly and my team of real estate experts are going to do a full top-to-bottom inspection of the newly renovated homes and crown the winner," said Drew.