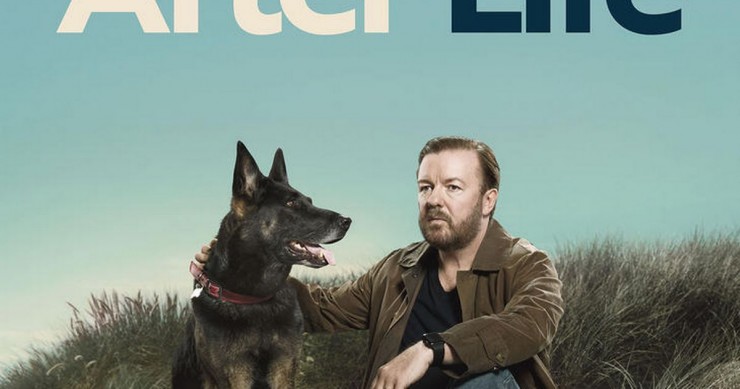 Netflix has picked up ‘After Life’ for season 3

Ricky Gervais’ hit series ‘After Life’ gets renewed for season 3 after a massively emotional season 2 left the fans in tears. The decision was announced by Netflix as a part of the multi-year deal just two weeks after the second season was released.

The most-watched British comedy in the world

Thanks for making #AfterLife the most watched British comedy in the world.

‘After Life’ follows a middle-aged journalist, Tony, who struggles to stay alive when his wife succumbs to cancer. After her death, all he wants is to take his life too but eventually decides against it. From there on, he leaves his formerly nice persona behind and vows revenge upon the world by doing whatever he wants. The reality, however, turns out to be a lot complicated than that. There are repercussions, and people do matter.

‘After Life’ does a great job of making the audience laugh and cry at the same time, and season 2 was no different. We saw Tony’s sympathetic side as he grapples with the other stages of his grief. While it’s clear that he could use a healthy relationship, he cannot pursue things with his father’s nurse Emma.

What to expect from After Life Season 3?

Season 2 ended with some heart-wrenching moments. Tony is shown watching some old videos of Lisa while holding some tablets. But before he could take them, Emma comes knocking at his door. The audience surely heaved a sigh of relief, but what does it mean for their relationship? Is there a possibility of Tony finally getting over his grief? Season 3 will continue to dig deeper into how small interactions can sometimes have a huge impact on someone’s life.

A release date for the new season hasn’t been announced yet. We can expect a trailer a month or weeks ahead of the premiere.

Ricky Gervais is a British comedian and the creator of the famous comedy ‘The Office’. He plays the role of Tony in After Life while also writing and directing it. Gervais has hosted the Golden Globes many times and also won the award himself.

Tony (Ricky Gervais) had a perfect life. But after his wife Lisa suddenly dies, Tony changes. After contemplating taking his own life, he decides instead to live long enough to punish the world by saying and doing whatever he likes from now on. He thinks it’s like a Super Power — not caring about himself or anyone else — but it turns out to be tricky when everyone is trying to save the nice guy they used to know