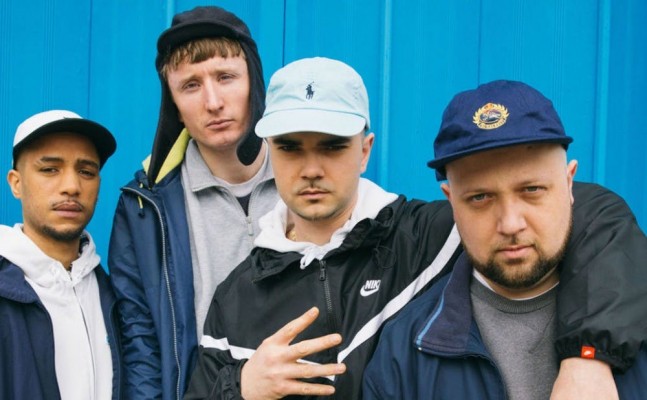 People Just Do Nothing have been hard at work on a comeback.

The BBC mockumentary is being revived as as a movie, it has been announced.

Production is officially underway on the feature film adaptation of award-winning BBC comedy series, People Just Do Nothing.

After five seasons of the cult mockumentary series on BBC and Netflix, People Just Do Nothing: Big In Japan has commenced shooting in Japan and the UK for six weeks and will be released in cinemas across the UK and Ireland in August 2020.

Since the end of their pirate radio station, life has been quiet for the Kurupt FM boys, but everything is about to change. News reaches them that one of their songs has been used on a popular game show in Japan. They've made it! Their music is reaching hundreds of thousands of people! It's finally time for them to enjoy the fame and fortune that they've always known they deserved. Chabuddy G steps excitedly back into his management role as Grindah, Beats, Steves and Decoy begin their journey to international stardom... But is Japan really ready for Kurupt FM?

People Just Do Nothing: Big In Japan is written by Steve Stamp and Allan Mustafa, with additional material by Asim Chaudhry, Hugo Chegwin and Lily Brazier. The film is directed by Jack Clough (People Just Do Nothing, Skins) and produced by Claire Jones (Ghost Stories, The Festival) and Tim Sealey for Roughcut.

The film is a Roughcut production and was developed by BBC Films and BBC Comedy. It is the first ever BBC Three series to be developed into a feature film. Focus Features and BBC Films financed the project and Universal Pictures International will distribute the film in the UK and Ireland.

MC Grindah says: "Japan is the most advanced city in the world so it makes perfect sense that they would recognise our lyrical talent. We can't wait to go over there and completely destroy the music scene. In a good way.”

Chabuddy G says: "You know me, I can sell anything mate. Ice to an Eskimo, halal meat to a racist vegan... selling garage music to Japan is water off a ducks beak mate.”

The BBC’s Rose Garnett and Shane Allen say: “Kurupt FM is going global and we couldn’t be happier. We just hope the world is ready.”

People Just Do Nothing was created by Steve Stamp, Asim Chaudhry, Allan Mustafa and Hugo Chegwin. It first premiered on BBC Three and in 2017, the show won a Bafta award, a Royal Television Society Award for Best Scripted Comedy and a Royal Television Society Award for Best Director of a Comedy Drama/Situation Comedy. The cast were named GQ Men of the Year the same year. They continued their success working with renowned music artists Ed Sheeran, Craig David, amongst others, and touring the country for live gigs at festivals such as Glastonbury.

People Just Do Nothing