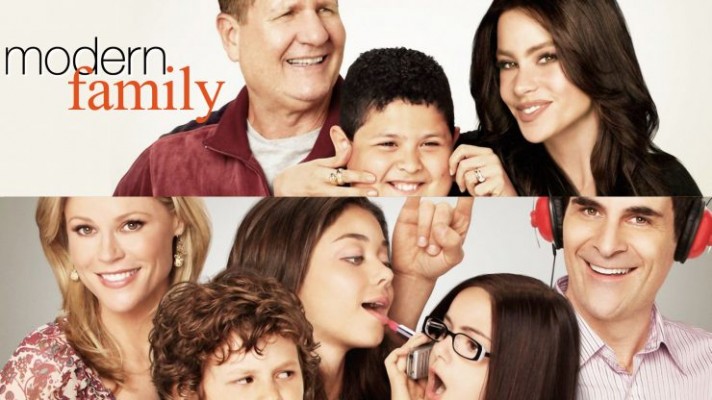 In connection with the ABC portion of the 2020 Winter Press Tour, below are several network announcements, under embargo for publication until 8 a.m. PST/11 a.m. EST, with additional news to break during ABC’s executive session and throughout the day.

Please note: Scripted announcements below are followed by news regarding alternative content and live event programming as well as spring scheduling.

Fans Can Vote for Their All-Time Favorite Episodes of ‘MODERN FAMILY’
for a Special ‘Modern Marathon’ to Air Wednesday, March 11

The Pritchett-Dunphy-Tucker clan are ready to say goodbye but not before giving fans one final night of belly laughs as one of television’s great family comedies. Currently in its 11th and final season, ABC announced today that the Emmy® Award-winning series “Modern Family” will air its series farewell episode on WEDNESDAY, APRIL 8, on ABC.

In addition, ABC is giving fans the power to program an entire night filled with their favorite “Modern Family” episodes that will air WEDNESDAY, MARCH 11 (8:00-11:00 p.m. EDT). The night will kick off with the episode that started it all – the “Modern Family” series premiere – followed by five additional fan-chosen episodes, giving viewers a chance to gather their families for the ultimate “Modern Family” binge and relive some of the Pritchett-Dunphy-Tucker clan’s most hilarious, jaw-dropping and monumental moments.

Critically lauded for revitalizing the television sitcom when it premiered in fall 2009, “Modern Family” also quickly cemented itself as a culturally defining series. The show featured characters who lived their lives on their own terms, broke down stereotypes and shared their biggest embarrassments, mishaps, tender and funny moments with the world. The recipient of a record five consecutive Emmy Awards for Outstanding Comedy Series, “Modern Family” tied the Emmy Award record previously set by “Frasier.” As the series counts down to the finale, this wonderfully large and blended family will continue to delight audiences with its honest and often hilarious look into the warm and sometimes twisted embrace of the modern family.

IF YOU CAN TAKE THE HEAT, GET IN THE KITCHEN WITH ABC’S
ROMANTIC DRAMEDY ‘THE BAKER AND THE BEAUTY,’ PREMIERING MONDAY, APRIL 6

ABC’s compelling new modern-day fairy tale, “The Baker and the Beauty,” will take viewers on a flavor-filled adventure between relatable everyman Daniel and international superstar Noa. Daniel Garcia is working in the family bakery and doing everything that his loving Cuban parents and siblings expect him to do. But when he meets Noa Hamilton on a wild Miami night, his life moves into the spotlight. Will this unlikely couple upend their lives to be together and pull his family into a culture clash? “The Baker and the Beauty” premieres MONDAY, APRIL 6 (10:00-11:00 p.m. EDT).

‘THE CONNERS’ TO AIR LIVE THE NIGHT OF
THE NEW HAMPSHIRE PRIMARY, TUESDAY, FEB. 11

ABC News’ Coverage of the First-in-the-Nation Primary Will Be Incorporated
Into the Broadcast, to Air Live on Both East, West Coasts

ABC will air a special live episode of top-rated comedy “The Conners” the night of the New Hampshire primary, TUESDAY, FEB. 11 (8:00-8:30 p.m. EST). The cast will perform the episode live for both the East and West coast broadcasts. ABC News coverage of the first-in-the-nation New Hampshire primary will be incorporated into the story in real time as the results roll in during the evening.

The live episode will find Mark (Ames McNamara) watching the results of the primary for a school report with Harris (Emma Kenney), who is apathetic to the electoral process and believes money’s influence in politics means real change is impossible. The rest of the Conners share their differing takes on why they all think everyone should vote, including their working-class perspective that you may have to vote for a candidate you don’t love but one that will “screw you the least.” All of this happens against the backdrop of romance when Louise (guest star Katey Sagal) gets an opportunity that might send her away from Lanford, prompting the family to interfere in Dan’s (John Goodman) complicated relationship with her by throwing Louise a surprise going-away party, creating major new tensions between Dan and his daughters.

Guest stars will include Katey Sagal as Louise.

ABC today announced that the network will debut its latest live musical event this fall with “Young Frankenstein Live!” (working title), produced by the legendary director, writer, actor, comedian, producer and composer, Mel Brooks. The announcement comes on the heels of the network’s most recent hit musical spectacular, “The Wonderful World of Disney presents The Little Mermaid Live!,” which marked the most-watched made-for-TV musical on any network in nearly four years and ranked as the week’s No. 1 entertainment show.

Based on the Broadway stage version of “Young Frankenstein,” “Young Frankenstein Live!” will follow Mel Brooks’ and Gene Wilder’s comedic reimagining of the Mary Shelley classic novel. The live production will feature music from the stage adaptation, originally composed by Brooks. An airdate and cast announcement will be made at a later date.

TELECAST TO AIR LIVE COAST TO COAST
ABC and the Television Academy today announced the return of the “72nd Emmy® Awards” to ABC, airing LIVE coast to coast from the Microsoft Theater at L.A. Live in Los Angeles on SUNDAY, SEPT. 20 (8:00-11:00 p.m. EDT/5:00-8:00 p.m. PDT). Host(s) and producers for the telecast will be announced at a later date.
Nominations for the 72nd Emmy Awards will be announced on TUESDAY, JULY 14. The 2020 Creative Arts Emmy Awards, honoring outstanding artistic and technical achievements in television, will take place over two consecutive nights on SATURDAY, SEPT. 12, and SUNDAY, SEPT. 13 at the Microsoft Theater in Los Angeles.

The Television Academy seeks to expand the horizons of television excellence. It strives to empower storytellers who shape the evolving television space through the programs, publications and events of the Academy and its Foundation. And it celebrates those who have led excellence by recording their stories and recognizing their achievements through accolades and awards, including television’s most coveted prize, the Emmy Award.

ABC’S ‘HOW TO GET AWAY WITH MURDER’ SET TO AIR KILLER SERIES FINALE, THURSDAY, MAY 14

The Award-Winning Series to Return for Remaining Six-Episode Farewell Event
on Thursday, April 2

ABC today announced the explosive series finale of “How to Get Away with Murder” will air THURSDAY, MAY 14 (10:01-11:00 p.m. EDT). The critically acclaimed series, which will return for its six-episode killer farewell event on THURSDAY, APRIL 2, is currently in its sixth and final season.

In July, it was announced that season six of “How to Get Away with Murder” would be its last. This season follows Professor Annalise Keating’s (Viola Davis) class through their final semester in law school – while the deception, fear and guilt-binding Professor Keating to her students proved deadlier than ever. The fall finale ended on a cliffhanger as Wes Gibbons (Alfred Enoch), who was previously presumed dead, was seen in a flash-forward at Annalise’s funeral, fueling further speculation of “Who Killed Annalise?” The back-half of the season will pick up where the fall finale left off in the present-day storyline as Michaela Pratt (Aja Naomi King) and Connor Walsh (Jack Falahee) are arrested for the murder of Asher Millstone (Matt McGorry). Meanwhile, Annalise was last seen fleeing Philadelphia after the news broke that she is under criminal investigation.

During the series run, Viola Davis earned the 2015 Primetime Emmy® for Outstanding Lead Actress in a Drama Series, which cemented her name in history as the first woman of color to win an Emmy Award in the category. In addition, Davis has been honored with two SAG Awards, a People’s Choice Award and an NAACP Image Award for her portrayal of Annalise Keating.

“How to Get Away with Murder” has been praised for its on-screen inclusivity, with storylines exploring racial dynamics, LGBTQ representation, gender inequality and sex positivity. Over the course of the first five seasons, the series has been awarded numerous accolades including an American Film Institute Award for Television Program of the Year, a GLAAD Media Award for Outstanding Drama Series and an NAACP Image Award for Outstanding Drama Series.

Shondaland’s “How to Get Away with Murder” is created and executive produced by Pete Nowalk (“Scandal,” “Grey’s Anatomy”). Shonda Rhimes, Betsy Beers and Stephen Cragg also serve as executive producers. The show is produced by ABC Studios, a division of Disney Television Studios, which is a collection of studios comprised of 20th Century Fox Television, ABC Studios and Fox 21 Television Studios.

Friday nights are about to see some shark-infested waters when “Shark Tank,” the critically acclaimed and multi-Emmy® Award-winning entrepreneurial-themed reality show currently in its 11th season, returns to its FRIDAY time slot on FEB. 28 (8:00-9:01 p.m. EST), while the hit comedy “American Housewife” moves to a new spot on the ABC comedy block beginning WEDNESDAY, APRIL 15 (9:00-9:30 p.m. EDT).

*All times listed below are in Eastern Time:

The Pritchett-Dunphy-Tucker clan is a wonderfully large and blended family with Jay Pritchett sitting at the head. By his side is his vivacious, younger second wife Gloria, and together they are navigating life with a new baby, Joe, and Gloria's teenage son Manny, who has taken to high school with the same charm and gusto he's had since he was little. Meanwhile, Jay's grown daughter, Claire, and her husband, Phil, are trying to keep up as their kids grow up right before their eyes with the youngest, Luke, now a sophomore in high school; middle daughter, Alex, is graduating this year and looking at colleges, and eldest, Haley, is living at home and pursuing a career. Then there's Claire's brother and Jay's grown son, Mitchell, who just married his longtime love Cameron. Both are enjoying life as newlyweds and raising their sassy adopted six-year-old daughter Lily. These three families are unique unto themselves, and together they give us an honest and often hilarious look into the sometimes warm, sometimes twisted, embrace of the modern family.