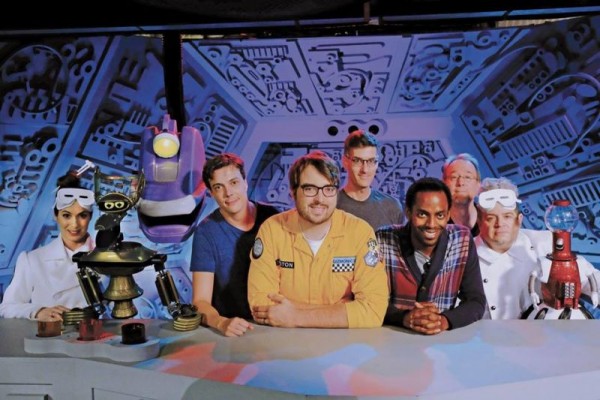 Netflix has cancelled the comedy science-fiction series after two rebooted seasons. TV Scorecards can confirm that the streamer has opted not to return with Mystery Science Theater 3000 Season 3.

“So, Netflix decided to not do another season of MST3K. We are off to Get Down in Lilyhammer while the OA helps us take it One Day at a Time. We will be in group therapy with Tuca & Bertie, Jessica Jones & Lady Dynamite. The sessions will be run by Gypsy (w/ Naomi Watts.)”

“it always seemed to figure out how to survive. From Comedy Central to SyFy. Then kept alive by RIFFTRAX & Cinematic Titanic. Whatever happens, I want everybody to know that getting a chance to be on this show was a dream come true.”

“Now if only I can convince @shudder to pick us up and to let us share a night with Joe Bob Briggs?”

How do you feel about the cancellation of Mystery Science Theater 3000 Season 3? Should the show be rebooted on another platform?

One man. Three bots. And a vault of B movies just begging to be riffed. Welcome to an all-new era of MST3K.