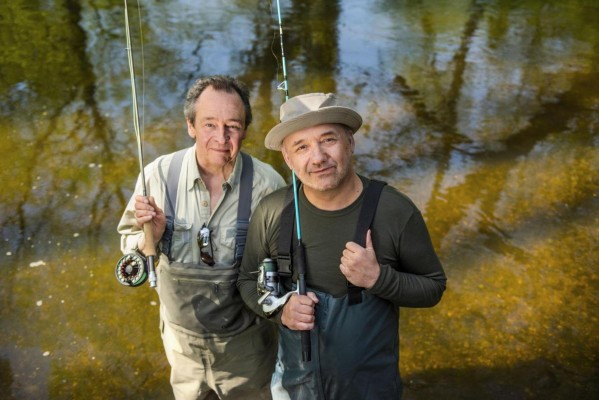 The UK broadcaster has renewed Mortimer And Whitehouse: Gone Fishing for Series/Season 3, TV Scorecards has learned.

Mortimer And Whitehouse: Gone Fishing Season 3 will comprise six episodes and is slated to premiere summer 2020.

The critically acclaimed, Mortimer And Whitehouse: Gone Fishing is to return with six episodes for a third BBC Two series.

Over the summer, Gone Fishing once again charmed the nation with consolidated audiences of 2.2 million tuning in to see lifelong friends and comedic royalty, Bob Mortimer and Paul Whitehouse return to the riverbanks.

The series received universally positive reviews and audiences that increased throughout the series run.

Patrick Holland, Controller of BBC Two says: “When Paul and Bob first came to see us three years ago with the idea of making a series about fishing, we couldn’t have imagined their daft idea would become one of the most loved shows on TV. Brimming with friendship, care, beauty, escape and a bit of fishing, it’s a show we are so proud of on BBC Two.”

Lisa says: “With Bob and Paul, we capture something very special. Genuine, authentic conversation. Much has been said about the magic of the series and all I can add is that making the series is unlike any other programme I’ve worked on. Bob and Paul are a sheer joy to work with and I’m delighted we’re returning to eavesdrop on their riverbank conversations in some of the most beautiful locations in the British countryside.”

The format continues to centre on each episode catching a key species of fish, with Paul using his extensive knowledge of fishing to guide Bob, and with Bob hunting out places to stay and creating heart-healthy menus through-out their travels.

Mortimer & Whitehouse: Gone Fishing, a 6x30’ for BBC Two, is made by Owl Power. It was commissioned by Patrick Holland, Controller of BBC Two. Lisa Clark is the Executive Producer.