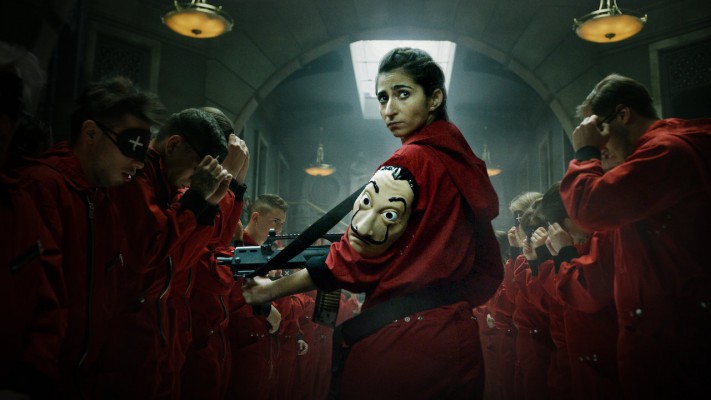 We initially posted a prediction on June 9th that the show would be renewed. Today July 31st, the news has now been officially announced by Netflix. Part 5 will be the final season for the Netflix blockbuster. Part 5 will comprise of 10 episodes with production starting this August 2020. Creator and Executive Producer Alex Pina said: “We’ve spent almost a year thinking about how to break up the band. How to put the Professor on the ropes. How to get into situations that are irreversible for many characters. The result is the fifth part of La Casa de Papel. The war reaches its most extreme and savage levels, but it is also the most epic and exciting season”.

Netflix has not yet announced a status update for Money Heist. However, based on our technical analysis of over 500 data points, we believe that there will be a Part 5 (Season 5) For Money heist. Our analysis takes into account several factors including our TVscorecards Audience Score®, several popularity and trending indicators, competitive data, as well as our insider knowledge about the show. The result is a “renewal score” that predicts the chances that a show will be renewed.

We will update this post when the announcement becomes official.

Both director Jesús Colmena and created Alex Pina have been reported to mention that there will be a part 5 to online news site Deadline and Spanish newspaper La Vanguardia. However, there is NO official confirmation from Netflix at this time.

Part 5 is eagerly awaited by fans

Fans of the hit series are eagerly waiting for an official announcement from Netflix that will confirm that there will indeed be a part 5, and what the timeline will be, with rumors that if the show is renewed, it will likely be delayed by the COVID pandemic’s impact on TV studio production. The last part left fans on the edge of their seats with the Professor having a gun pointed at his head by Alician Sierra while Lisbon entered the bank to help with the heist. Money Heist is likely to pick up this plot with Part 5.

Release date and trailers are not yet available but check this page again as we will update with the latest official news from the Netflix PR room.

Money Heist is a Spanish heist crime drama TC series. The show is starring Úrsula Corberó, Itziar Ituño, and Álvaro Morte.
There are two unusual crime groups on their path to robbing the Royal Mint of Spain and the Bank of Spain in the storyline. They have been long-preparing for the heists where they could steal 2.4 billion euros until something goes terribly wrong.