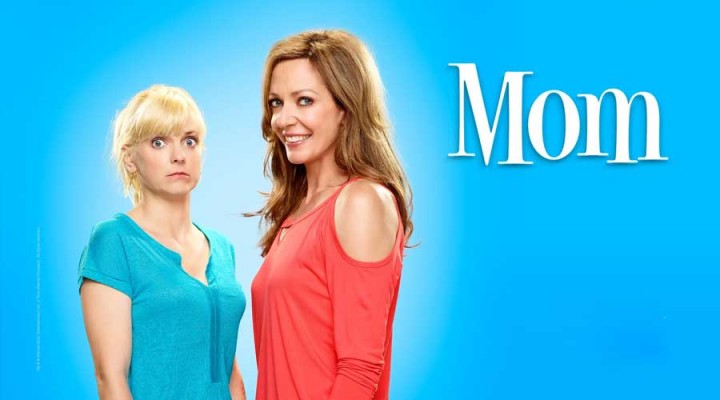 Multi-cam sitcom “Mom” will be returning with season 8 on November 5th, 2020

CBS initially announced to pick up the comedy show “Mom” for another two seasons when season 6 averaged at 10.2 million viewers. After season 7, the show’s viewership soared to 11.79 million and the show peaked as network’s third highest-rated comedy behind Big Bang and Young Sheldon. Starring Anna Faris and Allison Janney, “Mom” tells a hilarious tale of a single mom. Christy grapples with the new challenges of life that involve remaining sober. Hoping for new beginnings, she settles in Napa, the wine nation of California but her plans take a turn when her eccentric mother makes an unannounced appearance.

Mom Season 8 will be in the Thursday 9:00pm time-slot on CBS

CBS has confirmed its Fall 2020 schedule and Mom Season 8 will be shown on Thursdays from 9:00pm to 9:30pm EST, just after the new comedy B Positive. See full CBS Fall schedule. Production on the new season began on September 14 in Los Angeles. The release of the new season was initially planned for september 2020. However, due to delays in production, CBS has confirmed Mom’s new season will only start in November, with a date yet to be announced. CBS TV executives had initially stated in July that the Fall 2020 schedule should be close to last season’s schedule, but also mentioned there was a risk that some of the shows will get delayed. The delays are now confirmed. A trailer for the new season has yet to be released.

Christy is no longer part of the show.

Anna Faris is ending her run with Mom after seven seasons. She stated “The past seven years on Mom have been some of the most fulfilling and rewarding of my career (…). While my journey as Christy has come to an end, I’ll be watching next season and rooting for my TV family.” The writers had time to address her departure as the decision was made early in the break.

Season 8 will continue our main cast’s journey with a few new faces joining in. Season 7 focused on Christy perusing her dream of becoming a lawyer while her mom Bonnie tries to have a healthy relationship with her husband. Season 8 is likely to follow the unique situations that women of the show continue to get themselves into while trying to stay sober in the face of new challenges.

View other top-rated comedies with a higher audience score than Mom.

Season 8 is delayed due to TV production delays incurred by the pandemic. The trailer is typically out before a month of the release. But for now, you can check out the season 7 trailer below.

CBS has announced that "Mom" is cancelled with no season 9: the series will be over at the end of the current eighth season with a series finale scheduled on Thursday, May 13th 2021, at 9/8c.

Mom‘s season 8 marked the first season without series co-lead Anna Faris, who played Christy. This was perhaps an early signal that the series was losing steam, despite still very high ratings.

Newly sober single mom Christy struggles to raise two children in a world full of temptations and pitfalls. Testing her sobriety is her formerly estranged mother, now back in Christy's life and eager to share passive-aggressive insights into her daughter's many mistakes.

Mom Has Been cancelled With No Season 9