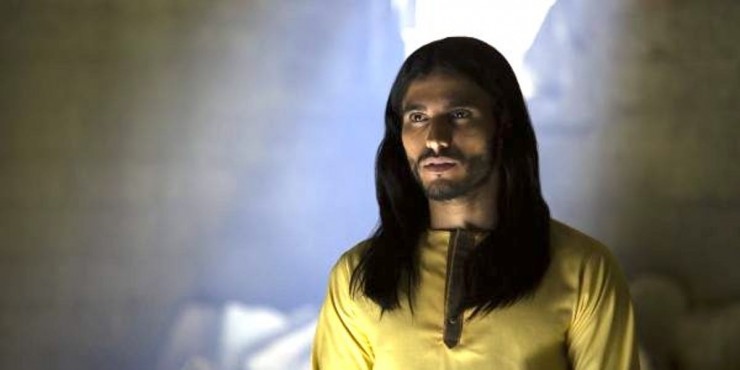 They’ll be no second coming…

Netflix has cancelled Messiah after one season, TV Scorecards has confirmed.

Per sources, the streaming company has opted not to renew Messiah for Season 2.

Messiah will chronicle the modern world’s reaction to a man who first appears in the Middle East creating a groundswell of followers around him claiming he is the Messiah. Is he sent from God or is he a dangerous fraud bent on dismantling the world’s geopolitical order? In ten hour-long episodes, the story unfolds from multiple points of view, including a young CIA agent, an Israeli Shin Bet officer, a Latino preacher and his Texan daughter, a Palestinian refugee and the media, among others.