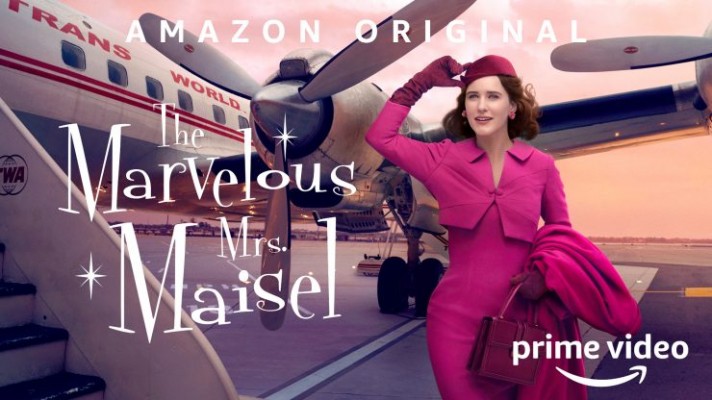 The streaming company has renewed Marvelous Mrs. Maisel for Season 4.

Responding to the renewal, showrunner duo Amy Sherman-Palladino and Daniel Palladino said in a statement provided to TV Scorecards:

“We were thrilled to hear that for the fourth time, we do not have to pack up and vacate the premises. We’d like to thank Amazon for all their faith and support, their partnership and enthusiasm, and for letting us hang with our favorite people, the cast and crew of Maisel, for a little while longer.”

“The Marvelous Mrs. Maisel has been a worldwide phenomenon, and season three has been no exception, with the series’ most watched opening weekend ever. We’re so happy that our Prime Video customers will get to see Midge’s story continue in season four. Amy and Dan have created such funny, charming, relatable characters, all with their inimitable wit and eye for detail, and our customers around the world will be delighted to have another season in the world of The Marvelous Mrs. Maisel.”

The fourth season of the comedy-drama is slated to premiere in 2020.

Are you looking forward to Marvelous Mrs. Maisel Season 4? Has the show run its course?

The series, written and directed by Sherman-Palladino, stars Rachel Brosnahan (House of Cards) as Miriam “Midge” Maisel, a 1958 New York City woman who has everything she’s ever wanted—the perfect husband, two kids, and an elegant Upper West Side apartment perfect for hosting Yom Kippur dinner. But her perfect life suddenly takes an unexpected turn and Midge discovers a previously unknown talent—one that changes her life forever. She charts a course that takes her from her comfortable life on Riverside Drive, through the basket houses and nightclubs of Greenwich Village as she storms the world of stand-up comedy…a course that will ultimately lead her to a spot on Johnny Carson’s couch.

Season 2: After Midge's triumph at the Gaslight, the fallout from her takedown of Sophie Lennon looms large, making her climb up the comedy ladder more challenging than ever. As the actual grind of being a comic begins to take its toll on Midge, the pressure to come clean to her family weighs on her - especially as her choices have a ripple effect on everyone around her.