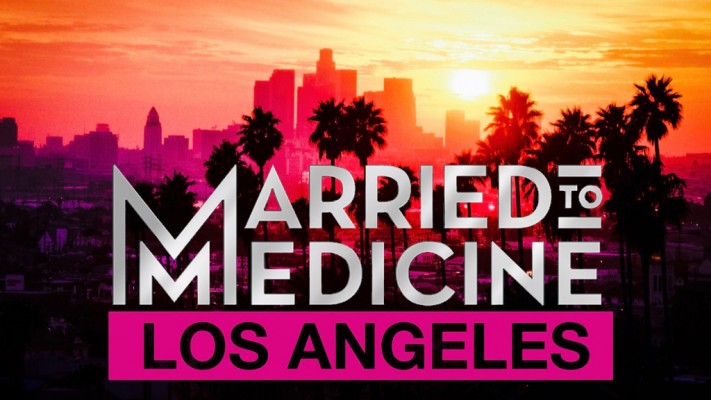 BRAVO’S “MARRIED TO MEDICINE LOS ANGELES” RETURNS FOR SEASON TWO ON SUNDAY, MAY 3 AT 9PM ET/PT

· “Married to Medicine Los Angeles” returns for season two on Sunday, May 3 at 9pm ET/PT on Bravo

· Dr. Kendra Segura and Lia Dias join the vibrant group of doctors and wives this season.

· Dr. Britten is back in LA with her family in tow, but the cross-country move has put her kids into overdrive and intimacy with her husband to a screeching halt.

· Despite her friends’ suspicions that things are really falling apart, Dr. Imani embraces life as a single mom while her husband is out of state building a new business.

· Shanique is doing her best to juggle it all with her job, kids and husband Dr. Robert. She contemplates switching to a career in luxury real estate, but worries how her family will react.

· Jazmin is out to prove she’s more than a doctor’s wife by cultivating her concierge business while forging new friendships.

· A friend of Dr. Britten and new to the LA ladies, Dr. Kendra is an OB-GYN and a first-time mom who longs to return to work despite pushback from her husband, Dr. Hobart.

· Also new to the LA crew, Lia is a friend of Dr. Imani who prides herself on the notoriety of being a business entrepreneur and a girl boss rather than embracing the lifestyle of being a typical doctor’s wife.

“Married to Medicine Los Angeles” ranked among the top 15 highest-rated new series on ad-supported cable in 2019 and delivered Bravo’s biggest new unscripted series performance in years across all key demos.

“Married to Medicine Los Angeles” gives viewers a look into the elite and fast paced lives of five successful and dynamic female doctors and doctors’ wives, Dr. Imani Walker, Asha Kamali-Blankinship, Dr. Noelle Reid, Shanique Drummond and Dr. Britten Cole and friend Jazmin Johnson. With an incredibly small and exclusive African American medical community to lean on, these women share a special bond. However, when circles are this tight, it’s only a matter of time before paths and personalities collide. This season, Asha is ready to start a family but when she tries to get her husband on the baby train, he's hesitant to board. When Shanique learns a surprising fact about Asha and her husband, mistrust begins to build between the two ladies and eventually spirals out of the control, leading to fractures within the group. Being a mother and doctor who owns and operates her own practice, Noelle struggles to balance her family and work life. Meanwhile, Imani is working on breaking the cycles from her complicated childhood and considers reconnecting with her biological father for the first time in decades. Introduced to the group by Shanique, Jasmine and Imani go head to head when Imani assumes her husband’s wealth may come from dubious activities. Ready to take her career to the next level, Britten has made the decision to move from Orlando to Los Angeles. Before her husband commits to the move and uprooting their children he wants to make sure that this isn’t just another one of Britten’s impulsive whims. From juggling bustling careers and family life, to shifting rivalries and evolving friendships, one thing remains constant…they are all married to medicine.