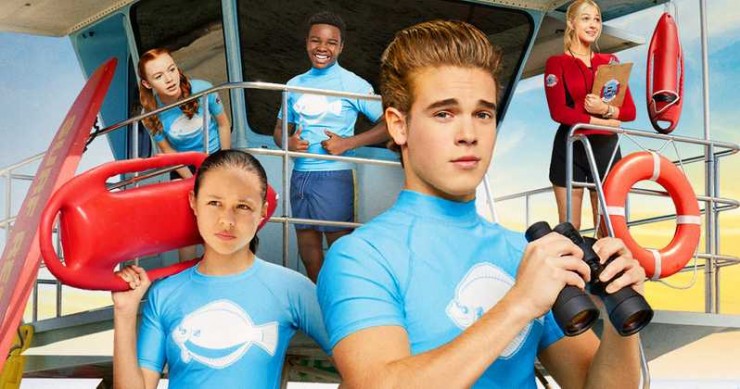 Los Angeles, August 21, 2019 – Netflix has saved Malibu Rescue: The Series for another season. The streaming company has renewed the teen drama for Season 2, slated to release on August 4th 2020.

The team has trained hard and saved lives. Can they compete with the best of the best?Time to get back to the beach. Malibu Rescue: The Next Wave arrives on Netflix August 4.

Action comedy "MALIBU RESCUE" features a lifeguard story that kicked off with a movie on 5/13 and continued with a series in June. In the movie, Ricardo Hurtado (School of Rock) starred as Tyler, an attractive know-it-all who is overly competitive, and Breanna Yde (also School of Rock) starred as Gina, a confident athlete. The live-action comedy follows a ragtag group of aspiring junior lifeguards from The Valley as they compete against the snobby local kids for bragging rights and the ultimate tower at Malibu beach. Kids and teens alike will root for these heroic and funny underdogs and parents will connect with the positive life lessons for their children.