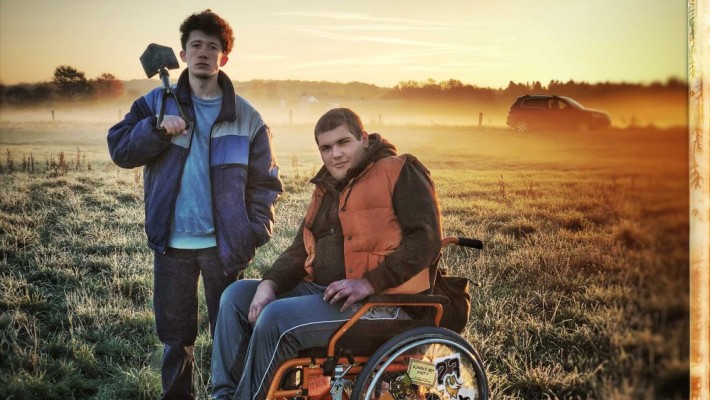 The most watched German Netflix Original series in Germany, and highly rated (TVscorecards score of 91%) “How to sell drugs online fast” is returning to Netflix for season 2. The show is one of the top rated TV series, as it combines a mix of humor, action and suspense.

You can watch a preview of season 2 from the official Instagram account of “how to sell drugs online fast”. Or scroll down this page to view the trailer.

Season 2 has just got a software update. How to Sell Drugs Online (Fast) coming to Netflix, July 21st.

In the show, Zimmerman, a 17-year old German high-school student, leverages technical possibilities to open an online shop to sell illegal items “First rule of the shop – we do not talk about the shop”. He believes that really successful people started as “unbelievable nerds”. Nerd today, boss tomorrow.

Watch the latest trailer for how to sell drugs online fast season 2:

What do we know about season 2?

Cast: Netflix has confirmed that all the key actors of the first season will return including Maximilian Mundt (Moritz Zimmermann), Danilo Kamperidis (Lenny), Damian Hardung (Dan), Lena Klenke (Lisa). There will be one addition, Lena Urzendowsky, who will play the role of a computer geek. MyDrugs ramps up their online business after a rocky beginning.

Plot: In the new season, the online store grows its business and customer. However, it also becomes more dangerous. Netflilx mentioned “Escobar said “All empires are built of blood and fire.” But, well, he didn’t have to do it while finishing high school”. See official Netflix announcement. There will be a total of six episodes, each lasting half an hour.

Top videos on “How to sell drugs online fast”

View this highly rated video on how to sell drugs online fast.

To win back his ex-girlfriend, a nerdy teen starts selling ecstasy online out of his bedroom -- and becomes one of Europe's biggest dealers.

How to Sell Drugs Online (Fast) is renewed for season 3. View status for season 4