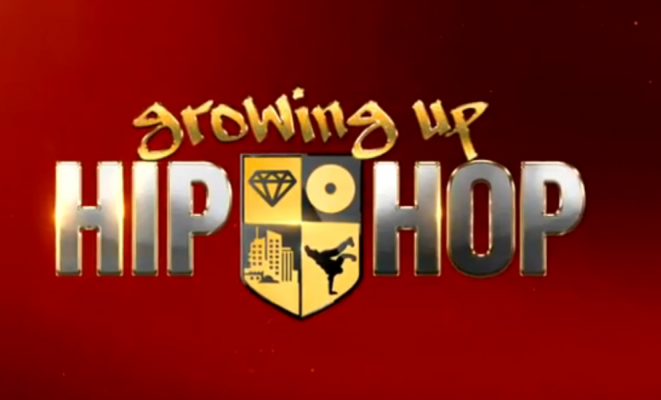 Between Engagements, Marriage, Raising Children and Building Their Careers…Are These Young Stars Growing Up Too Fast?

WE tv released today a sneak peek of the hit series “Growing Up Hip Hop,” returning with new episodes on Thursday, April 23 at 9pm ET/PT. On the most dramatic season yet, the world of hip hop is rocked by social media wars, a shocking arrest and family bombshells.

Angela Simmons and Romeo Miller’s ongoing beef continues to populate headlines as they throw grenades from afar. The fiery feud takes an unexpected turn when Romeo devises a peace offering that tragically backfires! Angela on the other hand, finds herself a new business partner…her old flame, Bow Wow. Bow finds himself on the urge of temptation as the exes try to navigate a working relationship. After the brutal confrontation at her engagement party, Egypt Criss is on a warpath to prove that she is no longer the baby of the group by stubbornly defending her fiancé Sam. Briana Latrise gets caught in the crosshairs of a social media war with the Pepper’s but has ammunition on Sam that has yet to be unloaded… When Egypt finally takes matters into her own hands, she crosses a line that cannot be erased. But nothing prepares Egypt for the backlash from her iconic parents Pepa and Treach. Meanwhile, Pepa’s niece Tee Tee has estranged herself from the family and is hiding out in Jamaica with her boyfriend of one year…along with a life-altering secret! In New York, Damon Dash makes headlines around the world when news breaks that he has been arrested and handcuffed. Boogie Dash struggles with an internal battle on whether to support his father or not when they continue to spar between their father-son and business relationship. The growing pains for the next generation of hip hop leads to unforeseen hardships, tribulations and even bloodshed. It is up to them to take back the reigns of their legacies or severe ties forever.

“Growing Up Hip Hop,” is produced by Entertainment One and Datari Turner Productions. Lauren Gellert and Kate Farrell are executive producers for WE tv.